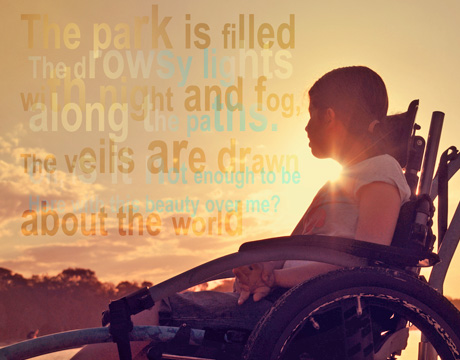 Voz Box Gives a Voice to the Voiceless

Once a high school exchange student in Ecuador, Mary Elizabeth McCulloch saw firsthand how those without the ability to speak were robbed of sharing their wit with so many.

“People often have misconceptions when it comes to people who can’t speak,” she says. “Many assume that there is a cognitive deficit. For example, with cerebal palsy, it has more to do with motor coordination and not so much cognitive deficit.”

When McCulloch was only an undergraduate student at Penn State University, she began working to make “Voz Box” a viable product.

“The receptor, the microprocessor we created, and then it can be interchanged by a screen,” she says.

The microprocessor is a type of mega 2560, a board they laid out after two revisions, she says. There are also over 10 sensors. McCulloch explains that people could use sensors in a way that worked for their abilities, whether it was operating the sensors with their feet, elbows, or in wearable gloves that would have sensors installed to be used with the hand or a finger. Ear pieces allow for privacy when using.

Roughly 80 percent of what we say is repeatable, she explains, so you don’t need the whole dictionary to have a working vocabulary from a device. “You can have voice donation where someone does words and sounds for someone and focuses on what’s in this repeatable group,” she says.

One improvement made to the device was through simplification.

“As much as you can alpha test, we created a wearable insert for a person for their shoe—wireless and super snazzy,” McCulloch says. “But they didn’t like it and it shows an over-designing problem. Another had a problem with a calibration part. She’s tech savvy but her family isn’t. We augmented it to where you only press one button.”

McCulloch, who graduated with a bachelor’s degree in mechanical engineering from Penn State in 2016, says $500 is the price she wants the device to cost, noting that some devices can cost up to five figures.

To this point, about 40 people have tested it out, she says. “We’re gearing up to do study with a medical center to look at aspects like accuracy.”

But, at such a young age, where did the confidence to embark on this project come from? Momentum.

“You’re taught that you will make mistakes as an entrepreneur,” she says. “Keep moving. Keep getting things done. It’s about giving voice to the voiceless. Cold calling as a sophomore and junior in college, you can be nervous. But it’s about doing it day in and day out, getting through. There were times when I was getting shot down at conferences and people telling you that you don’t know what you’re doing and to get a real job. But you have to keep going.”

She also credits being discovered by the small business development center at the school and her dad, who is an engineer, giving her confidence.

“I think I was also driven by just a love of working to help people,” she says. “Don’t sit and be stagnant. Give it a shot. At the worst, you fail early and then try something else.”

For Further Discussion
You’re taught that you will make mistakes as an entrepreneur. Keep moving. Keep getting things done.Mary Elizabeth McCulloch, Entrepreneur