Vine-Like Robot Grows to the Rescue

Vine-Like Robot Grows to the Rescue 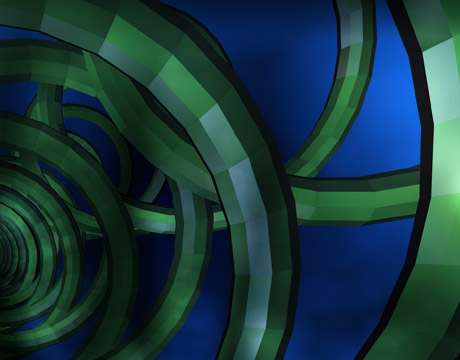 Robots leap, robots creep, robots fly, robots crawl. It seems that every robot to emerge from a robotics lab is inspired by the locomotive method of one of the world’s clever beasts, be it bee, galago, cheetah, or octopus. But each of these machines has its limitations. If they are large they are stymied by smaller crevices. If they are small, they are limited by the power they can carry.

To overcome the difficulties faced by the fauna-inspired robots of the world, researchers in the department of mechanical engineering at the University of California, Santa Barbara, have turned to other life forms: plants and fungus. Rather than traverse ground and space as a single unit, their robot grows from place to place.

“I remember watching, over many months, an ivy plant on my bookshelf grow around the corner, seeking the sunlight,” says Elliot Hawkes, the project’s lead researcher and a professor of mechanical engineering at the university. “I thought that, in a certain, very slow way, it was going somewhere. At the same time, I was working on pneumatic artificial muscles in lab, and I was able to modify the standard stretching behavior to get tip-based extension. I realized we were on to something when I attempted to grow an early prototype through the complete mess that is my desk, and against all odds, it easily passed through the clutter.”

Hawkes’ ultimate creation looks something like an absurdly long version of one of those slippery, slightly disturbing, water snake toys. “We found these after the fact, but the eversion at the tip is very similar. Unlike the toy, it is not a loop though, so we are actually able to change length and ‘grow,’” he says. Hawkes’ tube extends at the closed end and is filled with air at the open end. As the tube elongates, new material appears at the tip from the inside of the tube, while the outer walls stay put. By altering the pressure, either side of the tip can be lengthened, allowing it to turn. A small camera that stays with the tip allows the navigators to tell it where to go.

Made of polyethylene, the winding anguine bot can squeeze into the tightest of corners and can take all kinds of abuse. “It can grow through nails because the body does not move with respect to the environment,” says Hawkes. “This means that if a nail pokes it, the hole is sealed by the nail. This is in contrast to a body that locomotes, which would be gashed by the nail.” It can also squeeze between a sandwich of flypaper, expand through a trough of glue, and travel through a slit less than a sixth of its inflated size. To make their grow-bot even more indestructible, Hawkes and his team are experimenting with other materials such as Kevlar and rip-stop nylon.

These feats make it the ideal rescue tool. Hawkes’ lab has already demonstrated how the robot can be used to sneak under a door and into a room, where it can bend like a hook to shut off a valve. It’s also wormed its way into a closed room and successfully put out a fire there. A smaller version may someday guide catheters during surgery.

In theory, the soft robot can grow indefinitely: as one roll of tubing comes to an end it could be attached to a fresh roll. But, at the moment, the robot stops growing around 100 yards, regardless of how much tubing is available. “The friction of pulling the new material through starts to get hard to overcome,” says Hawkes. “We are looking at new, lower friction options that can hold higher pressures, so we might be able to go quite a bit farther in the near future.”

With a stronger, longer, growing robot, there may be no emergency that can’t be reached. Hopefully, the rescued won’t be terrified by the appearance of a cycloptic, ever-extending, polymer digit.

For Further Discussion
I realized we were on to something when I attempted to grow an early prototype through the complete mess that is my desk, and against all odds, it easily passed through the clutter.Prof. Elliot Hawkes, University of California, Santa Barbara