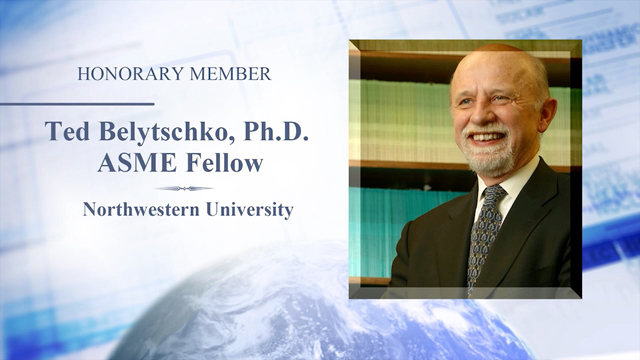 Dr. Belytschko joined the faculty at Northwestern University (Evanston, Ill.) in 1977. He has been a professor of computational mechanics since 1991, and since 2003 has been a McCormick Distinguished Professor. He was chair of the department of mechanical engineering from 1997 to 2002.

Previously, Dr. Belytschko was on the faculty of the University of Illinois at Chicago.

Dr. Belytschko’s main interests lie in the development of computational methods for engineering problems. He has developed explicit finite element methods that are widely used in crashworthiness analysis and virtual prototyping. Recently he has worked on meshfree methods, techniques for representing arbitrary discontinuities in finite elements, and multiscale coupling methods.

He is co-author of Nonlinear Finite Element Methods for Continua and Structures with W.K. Liu and B. Moran and A First Course in Finite Elements with J. Fish. Dr. Belytschko is editor-in-chief of the International Journal for Numerical Methods in Engineering. He has published more than 400 journal papers and is one of the most cited researchers in engineering science.