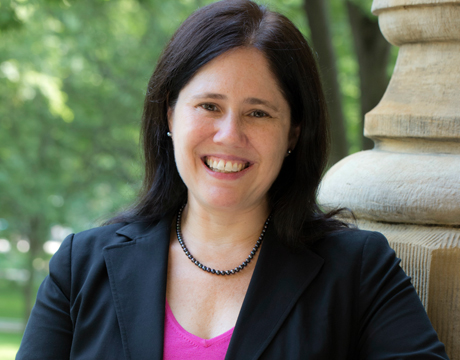 ASME is pleased to award Beth A. Winkelstein, PhD, the Van C. Mow Medal. This medal is bestowed on Winkelstein for scholarly contributions through research dedicated to elucidating the mechanisms of subfailure cervical spine injuries and the cellular events surrounding the etiology of chronic pain; and for dedication as an educator and mentor, and in service to the profession of bioengineering.

Winkelstein received her BSE in bioengineering from the University of Pennsylvania in 1993 and her doctorate in biomedical engineering from Duke University in 1999. After completing a postdoctoral fellowship at Dartmouth College, she joined the faculty at the University of Pennsylvania in 2002. She is professor of bioengineering and neurosurgery and is vice provost for education, overseeing the academic portfolios of the four undergraduate schools and also the 12 graduate and professional schools.

Winkelstein takes a hierarchical approach to understanding the underlying pathomechanisms at the joint, tissue, and cellular levels. Her work is multidisciplinary, melding engineering and biology to bridge the gaps between basic neuroscience, tissue biomechanics, and clinical application. In support of her research, Winkelstein has been awarded grants from NIH, DoD, NSF, the US Army, and private foundations and industry partners. She has been recognized by an NIH Career Award, a Whitaker Foundation Young Investigator Research Award, an NSF Career Award, and the ASME Y.C. Fung Young Investigator Award. Recently, she was elected as Fellow of ASME and AIMBE. She has mentored more than 14 doctoral students in her own lab, and has overseen research for over 75 additional fellows and graduate and undergraduate researchers. She edited a book, Orthopaedic Biomechanics, which was published in 2012.

Winklestein has been active with ASME and its Bioengineering Division, serving on its Student Paper Competition Committee, the Education Committee, and the Solid Mechanics Technical Committee. She also acts as co-editor of the ASME Journal of Biomechanical Engineering; since assuming this post, Winkelstein has been instrumental in working to reduce the review time and broaden the diversity of the Associate Editor Board.

Learn more about the Van C. Mow Medal and its previous recipients.