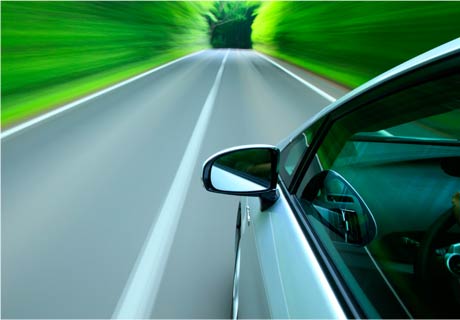 Automakers are improving fuel economy by exploiting a new controls approach that uses the waste heat from vehicle engines. Currently, up to 65% of the heat energy produced in internal combustion engines, whether gasoline or diesel, is wasted. Typically, the powertrain or engine dissipates the heat by convection, where it is carried to the cooling circuit or lost out of the tailpipe in exhaust gases.

A joint team from Chrysler and the Center for Automotive Research at The Ohio State University recently developed a practical approach to maximizing drivetrain efficiency and reducing fuel consumption and carbon dioxide emissions. Together, engineers in industry and research, along with students, determined how to capture and effectively distribute the useful heat energy to the transmission and engine oils from a controls standpoint, requiring additional hardware such as a transmission heat exchanger and associated plumbing, and new software. Higher temperature oil is less viscous, so less torque is required for operation and the transmission and engine can operate at higher mechanical efficiencies.

Automakers can improve fuel economy by selecting optimal coolant-circuit architectures, heat exchangers, and flow-control devices. The goal of this work was to warm up the drivetrain oils rapidly and run at a slightly higher temperature without additional hydraulic power. Kevin Laboe, who leads the Powertrain Thermal Management Team at Chrysler's Advanced Powertrain Group, Detroit, MI, and who led the simulation and testing teams, says the challenge was to distribute the heat in the most effective way.

"We first needed to understand how much heat was available from the powertrain during various drive cycles and cold start conditions," he says. By simulating thermal components that control the powertrain heat, such as the electronic thermostat, cooling fans, grill shutters, and water valve, they determined the best way to distribute the available energy.

All actuators needed to work in concert to heat the oil fast and keep the temperature steady. Opening the grill shutters or running the electric air fan consumes power. Controlling actuators in concert is a new way of addressing thermal management. While more complex, it enables the system to arrive at a steady temperature quicker and under all operating conditions, which extends the life of each thermal-control actuator, Laboe says.

The group found that using the waste heat with optimal controls consistently delivered higher oil temperatures and significantly reduced warm-up times. This translated to fuel economy improvements of almost 4% compared to conventional thermal management strategies. The largest efficiency gains occur while heating oil from a cold start, and approximately half of the improvement comes from the powertrain and transmission sides.

This type of system is used by a number of suppliers, most commonly in Europe, but hasn't yet come to the market in many areas of the world. Laboe says the amount of increase in fuel economy demonstrated is significant. This technology is coming to meet upcoming regulatory obligations, and Chrysler is interested in this approach because it benefits fuel economy using available energy, and, most importantly, can be incorporated into existing powertrain architectures.

We first needed to understand how much heat was available from the powertrain during various drive cycles and cold start conditions.Kevin Laboe, Chrysler's Advanced Powertrain Group