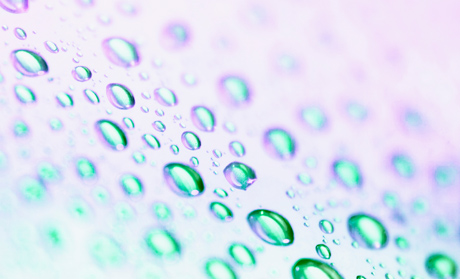 The field of nanofabrics is incredibly large with many different flavors and forms. One type of nanofabric is formed by applying commercially available nano-engineered finishing treatments to ordinary textiles and the variety is wide,from carpet and clothing to medical fabrics and mosquito netting.

The finishing treatments have elements sized in the 1-100 nanometer scale and are assembled in an orderly fashion, creating novel properties that differ from the bulk material, and are considered nanotechnology.

Repellency, stain-release, odor elimination, moisture elimination, anti-static, and wrinkle-free are some of the properties implemented using nanotechnology and engineering in these coating agents or finishing processes.

Although these properties are not new, nanofabric finishes offer improvements over conventional finishes, which exhibit random orientation after they are applied. In conventional finishes, only a small percentage of coating materials touch the fibers, and most of it is bonded to itself, resulting in lost effectiveness as the coating wears away with time.

Nanofabric coatings create fabrics whose fibers have better durability and wearability, and less coating material is needed compared to conventional finishes due to the ordered structure. Most importantly, the technology becomes part of the fabric itself, so the effect is more permanent.

Liquid finishing chemistries are sold to textile manufacturers who apply them to fabrics in standard manufacturing lines. With some finishes, chemical or nano-engineered elements permanently attach to natural or synthetic fibers at the molecular level by a series of chemical reactions in which they arrange to an ordered state.

An ordinary fabric (or yarn, fiber, finished, or non-woven good or textile) is exposed to a liquid solution, put through rollers to squeeze out excess, and is dried and "cured" with heat. The heat of the curing processes activates chemical reactions that cause chemicals to orient and attach to fibers. The resulting fabric has different characteristics than before treatment.

Since the curing temperatures driving the reactions for attachment to a fiber are hotter than those found in a typical home tumble dryer or clothes iron, these finishing liquids will not be available for home or consumer application any time soon.

Hooks, Spines, and Whiskers for Permanence and Variation

To ensure chemicals directly bond to fibers and not to themselves in a random fashion, new processes are used that involve ordered assembly.

One method of permanent attachment involves chemical elements that look like "hooks" that penetrate into a fiber and secure a large backbone chemical element along a fiber's length. One end of another chemical chain bonds to this spine element, like the prongs of a comb. The other end is free, like a whisker.

Whiskers made from non-stick fluoropolymer chains reduce surface tension, and are used in current fabric treatments to enable properties such as self-cleaning, stain and spill protecting, liquid-proofing, and dirt-proofing.

The chemical chain's size, length, and backbone spacing can be chosen so air flows between the whiskers but liquids or other larger items cannot, remaining suspended above the surface.

Whiskers' free ends can also perform functions such as chemically reacting with molecules that encounter the fabric to change their composition. Treatments for odor neutralization work based on this principle.

As human body-odor molecules pass through fabrics, open whisker ends "grab" and perform a chemical neutralization reaction with odor-causing acids in each molecule, making them inert. Molecules are neutralized when they're bonded to the fabric.

Despite the fibers having a large capacity, free whisker ends can be filled up, but they are able to be replenished when the garment is washed as sites are re-opened. Surfactants in the washing process provide enough chemical strength to un-bond the neutralized acid molecule, which is released and washes away, leaving more sites on the fiber to be refilled.

When treated fabrics are washed, water and surfactants cause the whiskers to become inactive during washing. Heat from a dryer reactivates the whiskers to continue to be useful.

"Wrinkle-free" treatments aim to retain a fiber's flexibility and shape. One approach to creating a treatment that maintains a fiber's original orientation and smooth appearance is to provide a physical structure around a fiber that has lots of "give," so when fibers are pulled, they react with high degrees of flexion instead of demonstrating a brittle response.

Chemical chains can be created with physical structures similar to loops so fibers can maintain flexibility under tension and can be pulled further without breaking. By using small chemical chains that are able to penetrate deeply into the fiber, more structure can be provided to each fiber, creating better performance.

Debbie Sniderman is a consultant, an engineer, and a contributing writer to ME Magazine.

Nanofabric coatings create fabrics whose fibers have better durability and wearability, and less coating material is needed compared to conventional finishes due to the ordered structure.