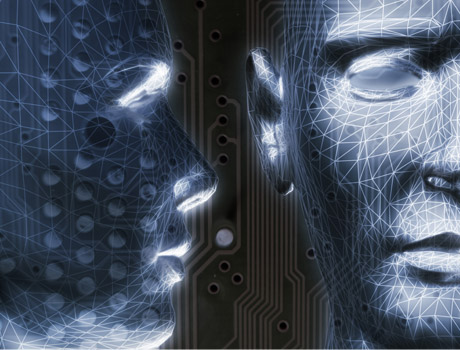 Use EFT to Become a Brilliant Public Speaker

We've all heard the statistics—that public speaking is one of our greatest fears and some people are more afraid of giving a speech than dying. As Jerry Seinfeld once said, "To the average person, if you have to go to a funeral, you're better off in the coffin than giving the eulogy."

Of course, there are many methods for overcoming this common phobia, including the venerable and highly successful Toastmasters International.

There is a lesser-known technique that, with some simple training, takes only a few minutes a day, can be practiced in the privacy of your home or office, and can transform you into a confident, masterful speaker.

It's called the Emotional Freedom Technique, or EFT.

Created by Gary Craig, an engineering graduate from Stanford University, the technique is based on the idea that when we experience distress, a disruption occurs within our energy pathways, or meridians, causing a negative emotion that results in an energy blockage. That blockage can be released with EFT.

"Many untreated negative emotions (energy blockages) such as trauma, grief, stress, and betrayal often lead to emotional issues and fears that keep us from doing the things we want to do, or create intense stress when we do them—like public speaking," says Paula Winchel, a certified clinical hypnotherapist, performance coach, and EFT trainer in Madison, WI. "EFT is the process of sending positive impulses through the energy pathways by tapping on the endpoints of the major meridians on the face and upper torso. This clears the blockages caused by the original events so the energy can flow and the negative emotions dissipate, allowing the once-stressful act to be viewed in a new, positive light."

Fear of public speaking is often the result of deeply held, limiting beliefs about the self—things like fear of rejection, feelings of inadequacy, being afraid of looking foolish or failing—all of which contribute to a lack of confidence. These limiting beliefs often result from childhood experiences and are compounded by later uncomfortable, painful, or humiliating events that seem to reinforce the "truth" of these deeper feelings.

"The fear of public speaking is often a complex issue stemming from past events, the subconscious belief system that was created from those events, and the actual components of the nervousness leading up to the talk, standing in front of the audience, creating the speech, the uncomfortable or embarrassing physical sensations, etc.," says Winchel. "Each part needs to be addressed."

Any negative feeling or emotion can be dealt with immediately using the basic EFT process taught by Winchel and Craig. If you find yourself suddenly having to give a speech in 30 minutes, this quick and easy EFT allows you to calm your nerves, release fear, and regulate breathing.

However, most fears have much deeper causes that require more time to be addressed. Honest reflection (often on unpleasant experiences) is needed to understand the past events that have created these negative blockages. Once understood, however, specific core affirmations or statements can be developed that are repeated during tapping, weakening and releasing these blockages at a deeper level and speeding personal improvement.

Winchel herself once harbored extreme fears of public speaking but is now an accomplished public speaker and presenter—thanks to EFT, she says.

"I remember being up the entire night before my friend's wedding because all I could think about was the three-minute toast I had to give," she says. "Now I feel very confident to lead a four-hour presentation at a corporate retreat. The first time I used tapping before a talk my nervous system was amazingly relaxed—I even yawned on the way to the event. Once I got there I was actually excited to do the talk—it was such a completely different public speaking experience than I had ever experienced. Once the negative emotions around public speaking are released or neutralized, you can use EFT to build your confidence and charisma and actually look forward to speaking."

The fear of public speaking is often a complex issue stemming from past events…the subconscious belief system that was created from those events.Paula Winchel, hypnotherapist