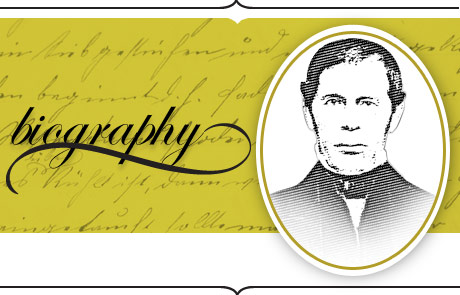 Uriah Boyden turned around the way we harness the power of water. Literally. Boyden, consulting for Lowell, MA's waterpower system, reversed the waterwheel concept of rotation through water filling, creating turbines that rotated as the falling water was conducted into them, striking the metal veins that spiraled around a central shaft.

As noted in the 102-inch Boyden Hydrauling Turbines report , the Boyden Turbine began from the Fourneyron Turbine but improved upon it with a conical approach passage for the incoming water—submerged diffusers guide vanes and a diverting exit passage all played their part in its success. According to the book Structures of Chance in the Mechanical Age by Ross Thomson, Boyden used the turbine for Lowell mills with machines that had as high as a 700-hp rating.

In the book Alternative Energy by Brian Black and Richard Flarend, the turbine was cited as a vital moment in the manipulation of a river for industrial capabilities. It states: "In this case, water was channeled out of the river at a certain point in a power canal. This canal led to a point from which the water would fall to a lower level. During its fall, it filled the buckets in a waterwheel, its weight driving the wheel around…By 1858, Lowell employed 56 Boyden turbines, each rated at 35 to 650 hp. In both the waterwheel and turbine systems, the power was transferred by wooden or metal gears and leather belts to the mill's main power shaft or drive pulley."

Much of Boyden's work is linked with James Francis, chief engineer of the Locks and Canals Company, who, at times, seemed to be a rival. There was, however, no question Boyden aided Francis' inventions. In the book Waterpower in Lowell: Engineering and Industry in Nineteenth-Century America by Patrick M. Malone, Francis needed help in stopping the sometimes erratic way of his Prony brake. He did this with a hydraulic regulator and Robert Thurston, a professor of engineering, who corresponded with Francis, says Boyden deserved credit for the solution. However, it is noted by many that Francis ultimately outshined Boyden's work, resulting in the mixed-flow reaction turbine, which is even used to this day.

Boyden's early work was related to the shipping and railroad industries, surveying for the Boston and Providence Railroad and later overseeing the construction of the Nashua and Lowell Railroad. But Boyden may have had an even earlier influence as Seth Boyden, a brother 15 years his senior, would make his own mark as an inventor in areas such as malleable leather. What is of little question is that both Boydens were a measurable influence in their industries for a strong part of the 19th century.

Boyden Turbine began from the Fourneyron Turbine but improved upon it with a conical approach passage for the incoming water.