Tweezers to Study the Atmosphere

Tweezers to Study the Atmosphere 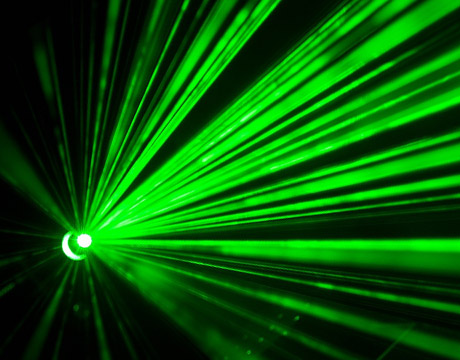 Researchers have developed a way to isolate a single particle to study how it interacts with the atmosphere. Image: Carnegie Mellon University

Doing his postdoctoral research at Colorado State University, Ryan Sullivan, now an assistant professor of mechanical engineering at Carnegie Mellon University, saw a seminar from Jonathan Reid, of the University of Bristol, UK, who, he says, pioneered the technique of particle “tweezers” to isolate atmospheric particles and study them.

“I was amazed by the technique and what he could observe from these particles—in terms of size and more, and use it to see how particles behave in the atmosphere and how they affect climate and our health,” says Sullivan. “I thought this would be strong for answering questions I had.”

The project he ultimately had in mind was creating aerosol optical tweezers, which could trap a single particle in a laser beam, in order to study contact freezing, specifically looking at how particles affect clouds freezing and how the morphology of particles evolve as they move through the atmosphere. This dynamic could mean the difference between a frozen cloud (more warming) and a liquid cloud (more cooling).

“A supercool droplet doesn’t freeze so it needs something to nucleate the freezing,” he explains. “To study contact freezing properly it’s hard because you have to study the collision between a droplet and a particle in real time. I thought tweezers would help in observing because it involves a trapping laser beam and introduces a vibrational spectrum from the droplet called a Raman spectrum. The whispering gallery mode is a surface feature telling you what’s going on, on a surface of the droplet. If a particle comes into the droplet, it will quench that wave and we are provided with a unique real time observation of when particles hit the droplet. So, again, my idea was that the optical tweezers would be a unique way to directly measure contact freezing.”

Sullivan sent his proposal to the National Science Foundation, he says, and was funded, adding that Reid himself collaborated to help the team get the technique set up and help in interpreting the results.

For the aerosol optical tweezers Sullivan’s team worked on, the parts had to work strongly in tandem. “It’s going through lenses and the final optic that goes through is a microscope objective that highly focuses the laser beam and you ultimately trap the particle,” he says. “So then we use a camera so we can look at the droplet to make sure the droplet is trapped. We collect the Raman spectrum using spectrographs.”

For a cool optical tweezer, his team has experimented with different anti-ice coatings to put on chamber walls. One problem is the droplet won’t freeze unless you give it a particle nucleant at -20 degrees Celsius. “We’re flowing moist air into the chamber to keep the droplet hydrated so it doesn’t dry out and all that water is condensing and freezing on the walls and the ice layer that forms will start stealing water vapor away from the droplet. So we’ve been experimenting with anti-ice coatings that you can put on the inner chamber walls and that has allowed us to achieve higher levels of water and ice supersaturation. We can now operate the instrument under ice supersaturated conditions, which is also quite difficult.”

Sullivan says it’s a process that requires patience but he’s excited to see what the work could reveal about our environment. “The environment is an area that needs as much focus as ever,” he says.

For Further Discussion
To study contact freezing properly, it’s hard because you have to study the collision between a droplet and a particle in real time. I thought tweezers would help.Prof. Ryan Sullivan, Carnegie Mellon University