Turning a Group of People into a Team

Turning a Group of People into a Team 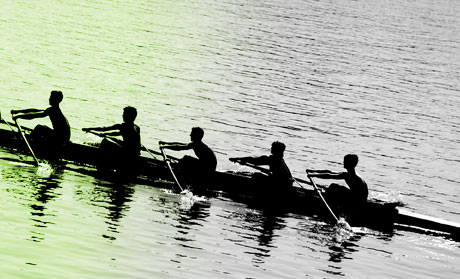 Teams or a sense of teamwork isn't created by forcing a group of people to meet weekly in the same room. Often forgotten by those who practice this form of teaming is that individuals need to have a reason in common to work as a team—whether it is a group of individuals that meet regularly to achieve results or a group of employees whose performance as individuals as well as a group can be increased by a sense of community that comes from shared objectives.

Help group members to look at their mission in terms of the organization’s survival. When team members understand their role in the bigger picture, they are more motivated to pull together.

Set short-term, medium-term, and long-term goals. In a cross-functional team, we would be talking about the action plan associated with achieving the group’s mission. If the team is made up of staff, then you want to involve them in writing the group’s mission and setting strategic and tactical plans for achieving that mission. As they better understand the part they can play in the survival and success of their organization, they will work harder together to make the plans a reality.

Have team members support each other. Whatever the group, organize the work to make the most of each member’s contribution to the overall group, bringing members together whenever appropriate to help one another. As members learn to rely on each other for help, a more collaborative environment will arise.

Have group members keep each other apprised of their work. In project teams, you can have members review the efforts they have completed toward achievement of the team’s mission. In the case of staff members, regular department meetings give you an opportunity to have members share with one another their accomplishments.

Don't forget packaging. Create a brand identity for your team; that brand identity could be built around an accomplishment or a skill or reputation that bonds the group together.

Set short-term, medium-term, and long-term goals. In a cross-functional team, we would be talking about the action plan associated with achieving the group’s mission.