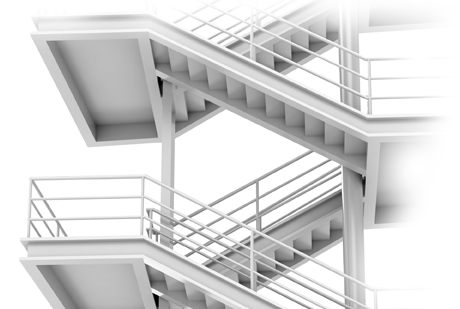 Experts agree that Japan was as well or better prepared than any nation in the world for the catastrophic impact of the March 11 earthquake and tsunami. With scientific and engineering initiatives dating back to the 1800s, Japan today has highly evolved prediction and early warning technologies, building codes, and public education programs designed to save lives and minimize damage from seismic events.

In the early aftermath of the Tohoku quake, seismic experts will be closely watching how one of the latest emerging preparedness technologies—purpose-built tsunami evacuation buildings (TEBs)—performed in this crisis.

“It’s too early to tell if vertical evacuation on a large scale would be effective in a massive earthquake such as the one in Japan,” said Harry Yeh, a professor of coastal engineering at Oregon State University and an internationally recognized expert on tsunami propagation. “I did see many people evacuated to the tops of buildings. Japanese television repeatedly mentioned the idea and led people to evacuate to strong concrete buildings on the third floor or higher.”

Meanwhile, an ocean away, the effectiveness of TEBs is the $4 million question. In the small Oregon coastal community of Cannon Beach, where according to revised estimates published by the U.S. Geological Survey, there is a 1 in 3 chance of an identical quake happening in the next 50 years, residents are contemplating a major capital investment in what would be the nation’s first structure specifically designed to withstand tsunamis and save lives. Simply put, before voting on a bond measure to fund the project, they want to know if the idea of tsunami shelters is sound.

On the plus side, residents like knowing that this new building would also double as their new city hall, which is urgently needed. Housing city offices in a TEB would also help preserve continuity of government functions in disaster aid and reconstruction, advocates say. Less positive is the price tag, at least $4 million, whichwould be double the cost of a conventional building.

Japan’s network of tsunami shelters includes structures built specifically for that job, along with renovated schools and other public buildings to provide temporary shelter for large numbers of evacuees. The structures can take many forms, from simple steel platforms to elaborately appointed structures that serve year-round public purposes when not in use as shelters.

To understand the engineering aspects of TEB construction, it’s useful to review a few examples of TEBs in Japan:

Yeh said the wide array of different TEB designs, combined with the lack of uniform design standards in Japan, makes it difficult to generalize about their effectiveness—clouding the funding issue for skeptical residents of Cannon Beach.

That’s one reason why Yeh and other Oregon State engineers are lending their expertise to the city’s shelter initiative. They joined an ad-hoc design team made up of engineers, architects, and scientists working pro bono to draw up conceptual building plans and to help answer questions in the community.

Guiding their work are recommendations from the U.S. Federal Emergency Management Agency (FEMA) on tsunami-resistant structures. FEMA P646 guidelines state that TEBs should have the following design features:

The conceptual plans call for a 10,000 sq-ft structure on post-tensioned concrete column beams supported on concrete piles and grade beams. The building could protect 1,000 to 1,500 people from waves up to 15 ft high—which would be adequate against an estimated 90% of all possible tsunamis. A rooftop terrace would provide a higher-elevation refuge from a worst-case scenario of 30- to 35-ft waves.

“A building like this will cost more, but we know it will work,” Yeh said. “These are value judgments that have to be made about how to build structures and why we are doing it. This is an issue that affects not just Cannon Beach but much of the West Coast of the United States and Canada, and many lives are at stake.”

A building like this will cost more, but we know it will work.”Harry Yeh, Professor of Coastal Engineering, Oregon State University