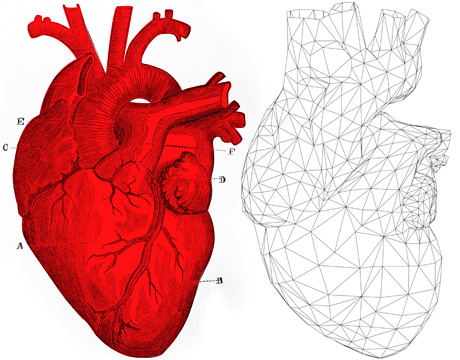 "Hearts will never be practical until they can be made unbreakable." - The Wizard of Oz

"Yes, but I still want one." - The Tin Woodsman

Our hearts make us human. But anatomically speaking they're just machines. Broken hearts of the emotional variety are perplexing. But fixing damaged organic hearts makes perfect mechanical sense to engineers. We can rebuild them; we have the technology.

But do we have the right technology to reach the Holy Grail: a total, permanent, and fully implanted artificial heart? And can we replace that heart with something small, self-contained, and reliable enough to let patients live a relatively normal life?

"Maybe," says pioneering heart surgeon and researcher Dr. Albert Starr. Based on some of the exciting and radically divergent new designs about to hit the market, Starr believes science may soon declare victory in the 50-plus year race. And he is in a better position than most to judge — he fired the starting gun.

Heart of an Idea

Starr's co-invention of the first successful prosthetic human heart valve changed the world of cardiac surgery, presaged the invention of the first mechanized hearts, and created a boom in cardiac device innovation that would directly advance the race to that ultimate goal. In 1958, Starr was a newly minted heart surgeon at the University of Oregon School of Medicine (now Oregon Health & Science University, Portland) when retired hydraulics engineer Lowell Edwards approached him with a "crazy idea." Edwards was determined to build a total artificial heart (TAH) and had a small fortune to invest, but he needed a partner fluent in physiology, anatomy, and surgery. As the only heart surgeon in town at the time, Starr was his man.

Despite Edwards' urgency, the two agreed to start small. Starr knew any TAH device would require functioning mechanical valves — which didn't exist yet. He also knew a prosthetic valve could save thousands of lives it its own right, even if the TAH project went nowhere. With that milestone as their initial goal, the two spent the next two years refining an elegantly simple caged-ball gadget that could support human blood flow for a lifetime. Marketed by Edwards' start-up company (now Edwards Lifesciences, Irvine, CA) the Starr-Edwards valve stood for decades as the gold standard of this new niche in the medical device industry.

Starr and Edwards proved that an artificial heart was not only practical but a potential gold mine. The race was on. The search hit a big milestone in 1969 with the first human implant at the Texas Heart Institute (Houston). By 1982, the famous Jarvik 7 TAH was a household word after patient volunteer Barney Clark lived with one for 112 days. This model was used widely during the 1980s and is the predecessor of one of only two FDA-approved artificial hearts now on the market. Now sold as the SynCardia Systems (Tucson, AZ) temporary Total Artificial Heart, it was formally approved in 2004 for use as a bridge to transplant (BTT). In recent years, industry focus has shifted away from the TAH idea and toward more easily managed partial-assist devices such as BTTs.

But the race isn't over. The number of available donor hearts annually serves only a fraction of the world's 100,000 Class IV heart failure patients, and the demand is growing. The need for a TAH as a destination therapy is growing with it. One promising solution in the wings is the French-designed Carmat — the brain child of legendary surgeon Alain Carpentier of Paris's Pierre and Marie Curie University. Although technical details are still closely held, Starr believes his long-time friend and co-Lasker Award winner is working on a battery-powered, two-pump design incorporating new biopolymers and an advanced electronics system that synchronizes pumping action with a patient's exertion level.

Be Still, My (Non)Beating Heart

The team's ideas are largely based on the vision of surgeon-inventor-entrepreneur Richard Wampler, M.D. In the early 1980s, Wampler first championed the idea of a heart pump modeled not after nature but rather one of the oldest ideas in engineering: the Archimedean screw. He used the principle successfully in a tiny continuous flow device called the Hemopump. The size of a pencil eraser, the axial-flow pump was installed via a catheter into the aortic valve, where a screw element rotating at up to 25,000 rpm to transfer blood from the left ventricle to the aorta. Tests revealed no red blood cell damage, which is always a major challenge in cardiovascular engineering. Just as importantly, they revealed that humans are perfectly capable of living actively and safely with no trace of a heartbeat or pulse (provided they wear a medical alert bracelet in case of emergency).

Wampler convinced Bud Frazier that axial-flow pumps had the potential to last longer, pump better, and fit into more patients than other designs. Their work began on a new generation of miniature implantable LVADs that evolved into the industry-leading HeartMate II (Thoratec, Pleasanton, CA). Frazier and Cohn are now working to adapt two state-of-the-art LVADs used in tandem for total heart replacement. After implanting their no-pulse heart successfully in dozens of calves, it was successfully tested in a human patient in 2011. Their 55-year-old volunteer survived for five weeks, but ultimately died from other complications of his advanced disease. Frazier's concept had been proven, and that's been enough to sustain a wider research and development effort, including an alternative double LVAD system under investigation at the Cleveland Clinic.

Starr, still highly active in the field as co-director of OHSU's new Knight Cardiovascular Institute, marvels at this totally new direction. "Lowell Edwards and I envisioned the prosthetic heart valve as a requirement for an artificial heart that pumped like the real thing," Starr says of his life-saving invention. "But 50 years later it turns out that may not have been necessary after all."

Lowell Edwards and I envisioned the prosthetic heart valve as a requirement for an artificial heart that pumped like the real thing. But 50 years later it turns out that may not have been necessary.Dr. Albert Starr