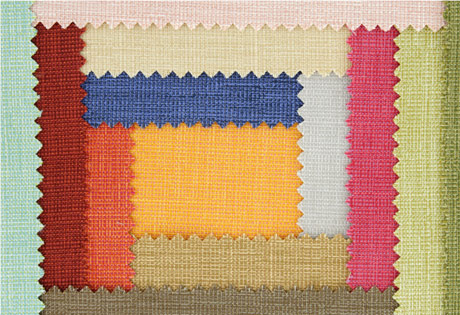 Textile engineering today is shattering decades-old stereotypes of a labor-intensive, factory-based industry in which men and women toiled over looms and spinning jacks. The clang of the early production machinery has been replaced by a computer-driven enterprise that is making significant contributions to fields ranging from athletic performance equipment to human health and rehabilitation.

Among other innovations, textile engineers are developing high-tech fibers that are used as substrates in biomedical applications, as well as materials that aid in energy conservation and pollution control.

"When compared to what was once commonplace in the United States, the golden age of textile manufacturing has ended," says David Brookstein, the executive dean for university research at Philadelphia University and a fellow of ASME. "At the same time, there has been spectacular development of innovative textile materials for a wide range of high-value items."

When Cotton Was King

Textile production developed in Britain during the Industrial Revolution of the 18th century, as machines such as Richard Arkwright's water frame enabled cotton to be spun into threads for use in weaving cloth and apparel with good durability. Textiles would soon spread to Germany and France, where an inventor by the name of J.M. Jacquard advanced the industry with the creation of the first automated machinery to produce intricate rugs and tapestries.

Textile manufacturing in the U.S. began in the late 1700s and grew rapidly through the ensuing 100 years. The abundance of cotton coupled with advances in manufacturing processes spurred the textile industry, resulting in a factory boon in cities and towns from New England to the middle Atlantic. The factories brought benefits in the way of automation and mass production, and also social ills and hardships associated with child labor, poor workplace safety, and labor protest. By the beginning of the 20th century, the industry remained in growth mode, establishing its center of operations in the Southeast to save on costs. The focus on lower costs that impelled the textile industry to move south has been the impetus for the relocation of manufacturing overseas, where most of the clothing production takes place today.

While the textile industry in some parts of the world is labor-intensive, new technology has advanced manufacturing processes in many markets. "Industrial looms today incorporate air-jets to weave at speeds of 2,000 picks per minute," says Jonathan A. Stevens, the president and chief executive officer of the American Textile History Museum in Lowell, MA, and foremost authority on the industry. "In 1980, 200 picks per minute was considered fast."

Computer-aided design and computer-aided manufacturing have also impacted textile production, as companies seek efficiency gains to remain profitable and competitive. Machine designs have become increasingly sophisticated and precise, enabling innovations in specialty fabrics used in the biomedical field. In addition to substrates that are used to rehabilitate damage to the human heart and vascular system, other textile innovations include Dupont's Lycra, a specialty material used in compression pants worn by competitive bicyclists.

"Textiles are also showing up in road construction and environmental applications," says Stevens. "There is much activity today that extends far beyond clothing and home furnishings."

Brookstein believes that nanotechnology has the potential to make major contributions to material innovations going forward. "A breakthrough technology would be the cost-effective development of nanofibers," says Brookstein.

Stevens concurs. "Nanotechnology will drive innovations in the field," he says. "Nanoscience will bring advances in lightweight materials and durable materials, and will provide keys to understanding methods by which less energy can be used in textile design, fabrication, and manufacturing. The fabrics of the future will be nanotechnology-based."

To bring high-value innovations to the marketplace, engineers will require training in areas ranging from the classic disciplines of materials science and thermodynamics to specialties like polymeric biomaterials engineering, mechanics of tissue implants, and composite structures. In addition to Philadelphia University, schools that provide a focus on textile engineering include North Carolina State University and Georgia Institute of Technology; Philadelphia and NC State arrange internships and co-op partnerships with firms in the apparel, biomedical, and other industries.

Philadelphia University has had partnerships with Secant Medical, Boeing, and MAG Industrial Automation Systems, according to Brookstein.

While textiles in the U.S. is not what it once was, engineers working in the industry continue to innovate through their vision, knowledge, and dedication.

When compared to what was once commonplace in the United States, the golden age of textile manufacturing has ended.David Brookstein, Philadelphia University