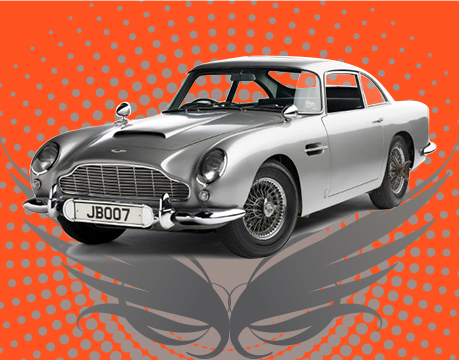 Top 7 Engineered Cars of All Time

Not many things have shown us the potential of machinery more than the automobile. It altered our lives, obliterating what we believed could be within our daily reach. So here is a list—sure to be debated—of the top seven engineered cars of all time.

Some make the list for affordability. Some make it for being a part of history. The rest? According to automotive designer Jeff Teague, just because they made you want to drive. In fact, Teague, whose father was well-known AMC car designer Richard Teague, had the opportunity to witness several of the following through his family's legacy. You probably would have liked to have seen their collection.

1907 Mercedes Touring cars: "Even back then their engineering quality just surpassed what Americans did at the time," he says. "They were using aluminum, they were casted, all of the parts fit well. The bushings were great and can even hold up today."

Rolls-Royce Silver Ghost: Maybe you might be partial to the Rolls Phantom but Teague will take the Silver Ghost from 1907. "Incredibly good looking," this was one of the early model cars to give off that feeling of luxury and performance. Surviving a 14,731-mile jaunt, the car was declared by some to be the best car on earth. With a 134-inch wheelbase and a curb weight just above 3,000 lbs, according to carfolio.com, this is a sight to behold today, just as it was when it premiered early on in the twentieth century.

Any Aston Martin: "They've gotten a bad rap for high maintenance because they're expensive to work on and fix, but there's often not one design line on it I would change," Teague says. "I don't want to pick one but, if you did, you go to the 60s for its heyday. We're talking 250 short wheelbase, 3-liter, and an incredibly fast car with 325 horsepower. Classic."

Ford Model T: We won't pick a year but will just acknowledge what this meant. "Worked on one of these as a kid and you have to admire how cheap and easy to build it was. It seemed like practically everyone could afford one," Teague says. "Henry Ford changed the world with that car, so it's an important piece of history."

Today's Toyota Prius: "This really altered the way American car companies think about hybrids. My neighbor is on his fourth!" he says. "The fuel economy and spaciousness are for the practical and pragmatic person. This was a key moment in the movement toward environmentally-conscious cars."

Late 1950s Mercedes Gull Wing: "Look at it compared to the 1956 Chevy Nomad, and how do you even compare the two?" Teague asks. "A six-cylinder but was advanced with sensational gull wing doors and general proportions. Made other car companies significantly look at their own proportions and ask themselves if it was time to reconsider."

1964 ½ Mustang: "A muscle car, pure performance, may not have handled but got you down the line," he says. "The same with the '60s series Corvettes from '63 to '67. Young men saw themselves differently in these cars and it wasn't exactly hard to market."

For Further Discussion
Henry Ford changed the world with that car, so it's an important piece of history.Jeff Teague, Automotive Designer