Top 5 Aerospace Trends of Now and the Future

Top 5 Aerospace Trends of Now and the Future 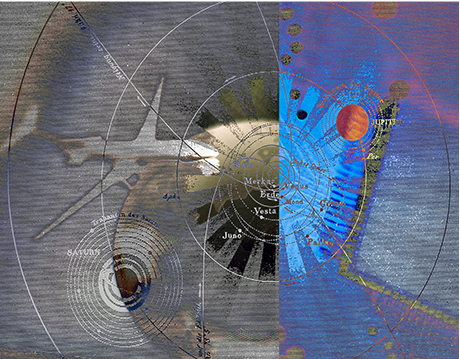 Flying cars, hybrid vehicles, massive jets, sleek new fighters, and Mars-bound rockets. These are the kinds of things we consider when we think of our latest heights in the endless evolution of human flight: hardware. Indeed, the old cliché about there being a million parts in an airplane is truer now than ever. But those million parts are only a fraction of the story behind what puts any vehicle in the air—and what keeps it there.

The newest flying machines are only the most visible part of what goes on in the air. How the systems on a vehicle control that vehicle; how a vehicle talks to ground control; how a vehicle talks to other vehicles; how vehicles collect data and what they do with that data—this is the silent face of aerospace engineering. It’s not tactile, it’s not photogenic, and it’s largely unsung. But it’s where the latest advances are taking place.

1. System Software on the Rise

The code at the heart of any aircraft isn’t something that can be slapped together by the latest Silicon Valley wiz kid. Unlike the programming that makes our apps and video games, airborne software is system dependent. Whoever’s writing the code has got to know every aspect of the hardware. And the software must be bug free. “Otherwise everyone will be in serious trouble,” says Yang. Software is handling ever-greater percentages of the jobs done on an aircraft. And, more and more, these systems are developed and put in place by companies such as Ultra-Electronics, Rockwell Collins, and Ramco Aviation. Increased communication with ground control will soon allow for more efficient landings. Currently planes approaching an airport do so in a stair-step process. This allows the control tower to maintain safety at each stage. But when the exact position of each plane is known, the approach can be continuous. The smoothness of the descent will mean every flight will be shorter by two or so minutes and save about 100 gallons of gas. That time may be minuscule for the passenger, perhaps, but worldwide, the savings are enormous.

How a message gets from the cockpit to the landing gear, rudder, or anywhere else, is a relatively self-contained problem, not too different from the controls found in land-based vehicles. But how vehicles talk to each other is another issue. In a video that went viral, researchers at the University of Pennsylvania orchestrated miniature quadrotors to play the James Bond theme. The bots knew each other’s location, and avoided collision, thanks to a central system that plotted their locations in space. The U.S. Air Force recently released a video showing how tiny drones will soon be able to similarly swarm together for the purposes of surveillance, targeting, and assassination. Boeing is at work creating a swarming system for larger drones. Eventually the technology will work its way into passenger planes.

Surveillance vehicles get a lot of attention for political, military, and techie reasons. But in the field of aerospace engineering their development and employment is a much smaller challenge than that of what to do with their product. How does the vast quantity of data collected from each vehicle get integrated with that from other vehicles and satellites? How does it get sifted in a way that will make it useful? How will it be streamlined and delivered to allow for effective decision-making? The answer is likely to be found with the $200 million the government recently marked for “big data” handling. Some of that will go into DARPA’s XDATA program, which aims to “meet challenges presented by this volume of data,” according to the Department of Defense.

Passenger jets and drones are not the only vehicles that will need to talk to each other in the none-too-far-off future. Though flight-minded laymen still have not seen a Jetsons-like age arrive, the personal air commute is, at least, closer than it was before. Jet pack ideas abound, (such as the Martin Jetpack and Marc Newson’s “Body Jet”) and flying cars are on the make (for example, Terrafugia and Moller International’s Skycar). Sure, the morning commute is not likely to crowd the sky the way it does our streets anytime soon. However, if the air is thick with nine-to-fivers, there will have to be some traffic system in place. Current air-traffic control is not designed to handle localized takeoffs and landings. But, just as vehicle-to-vehicle communication is soon to keep automatic cars from colliding, aircraft-to-aircraft interaction is soon to make the man in manned aircraft a little less necessary. Congress has ordered the FAA to pave the way—legally and technically—for unmanned aircraft systems to fly in U.S. airspace by 2015. Flying commuters can piggyback on those changes.

Who’s going to put together these systems? The kids, of course. Perhaps the biggest trend in aerospace is the growing interest among students. There are now 65 programs in the U.S., and 25 are stand alone programs. Of the 38,000 new aerospace engineering jobs that opened up last year, 4,000 of them were taken by students. Aerospace is the third most popular field for engineering students. A large percentage of them go into programming, “because they know their software will be implemented on real hardware,” says Yang. “The aerospace profession has expanded form hardware-based science, technology, and engineering, to systems, and even systems of systems-based engineering. At a very high level that trend has become even more important,” he adds.

The aerospace profession has expanded form hardware-based science, technology, and engineering, to systems, and even systems of systems-based engineering.Vigor Yang, Georgia Tech