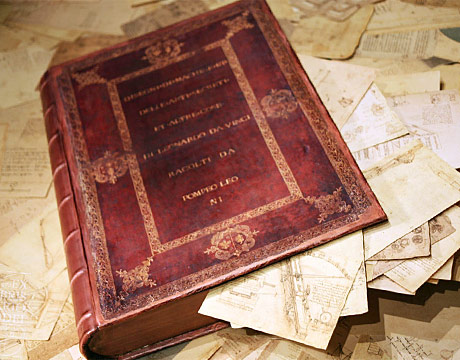 These days, with the assistance of advanced CAD software and revolutionary 3D printing technologies, moving from crude prototype to final design can take hours instead of the weeks, months, and even years that it did in the past.

Design flaws can be corrected with the click of a mouse, while multiple prototypes can be printed and tested with the push of a button, providing nearly flawless simulations for the production of everything from fighter jets to hundred-story skyscrapers.

However, as the saying goes, “Things were not always thus.”

The wonders of ancient Greece and Egypt required engineering far in advance of their time, and marvels of engineering such as the Pyramids and the Parthenon didn’t sprout up out of the ground whole. The following is a list of the Top 4 examples of ancient prototyping – something to keep in mind the next time you get frustrated after a few rounds on the 3D printer.

The Parthenon was constructed during what was truly the infancy of the art and discipline of architecture, as well as the field of construction and building. Completed in 447 BC, historians believe that this monument to the goddess Athena was – like most structures in this era – based on wooden prototypes, either specifically constructed in miniature for this purpose, or based on existing structures, which would have been referred to throughout construction.

Perhaps not quite as technologically thrilling as a Greek Antikythera device (which was created hundreds of years later), but effective nonetheless. It would be hard to imagine a team of engineers today cobbling together a wooden model of the Burj Khalifa, for instance.

There is a qualifier that appears in textbooks to describe many examples of Roman sculpture and architecture: “Roman copy after a Greek original.” As with the Greeks and Egyptians, ancient Roman engineers turned to pre-existing structures to use as prototypes when designing much of their architecture. However, unlike their predecessors, who were forced to iterate and design within their own sphere of knowledge, the Romans had the grandeur of both of these previous empires to study and learn from.

With the ruins of ancient Egypt, and in particular, ancient Greece, both just next door in the Mediterranean, ancient Rome had world class prototypes to model their great structures on, and nowhere is this seen more clearly than in their theaters and arenas, which culminated in the building of The Colosseum, also known as the Flavian Amphitheater.

With countless existing examples of Greek theaters to serve as their life-sized prototypes, Roman builders and engineers took the best features of the Greek style and combined them with their own brand of grandeur. The tiered seating of the Greek theater is employed in the construction of Roman amphitheaters, but, not content to build their structures into the sides of hills and make them part of the landscape as the Greeks did, the Romans built their structures to stand alone, as a statement of power and greatness. They certainly succeeded with the Colosseum.

There is almost no doubt among scholars that the construction of the Pyramids, and in particular, the Great Pyramid, required a basic design process that would be recognized today. Iterating through drawings and schematics would be the only way such construction was possible in 2528 BC, when the Great Pyramid was completed.

However, by the era of the Great Pyramid, the Egyptians had one great advantage when it came to constructing bigger, better, and more awe-inspiring structures: their own earlier, inferior structures to look back upon. The existing structures at Saqqarah (the “Step Pyramid”) and Dahshur (an example of a “Rhomboidal Pyramid”) would have provided massive living prototypes for Egyptian engineers to use as they sought to improve upon the design to create the massive Great Pyramid. In effect, the Great Pyramid was created through a nearly seamless iterative process that took centuries to complete. (Another story to keep in mind when growing impatient with the 3D printer.)

Leonardo da Vinci is considered to be the grandfather of engineering, and his schematics and designs for marvels that were centuries ahead of their time are well known to anyone who has taken a world history class – or even simply spent an afternoon watching documentaries on the History Channel or Discovery Channel.

However, in 1495, he is said to have gone beyond mere sketches and drawings to do something that was rare for him – and truly light years ahead of the world he lived in. He built an actual working prototype of a robot.

Working for the Duke of Milan, who was searching for an indestructible, mechanized soldier for use in battle, da Vinci came up with the idea for his robotic knight, operated by an intricate system of pulleys, cables, gears, and cranks. He is said to have presented the “robot” at a large celebration the Duke hosted. However, no trace of the prototype has ever been found, and no scholars have been able to verify for certain that the prototype existed. In 2002, NASA roboticist Mark Rosheim created a working model based on da Vinci’s notes. In 2007, engineer and author Mario Taddei created a similar model.

Learn more about the latest technologies in 3D printing at ASME’sAM3D.

The wonders of ancient Greece and Egypt required engineering far in advance of their time, and marvels of engineering such as the Pyramids and the Parthenon didn’t sprout up out of the ground whole.