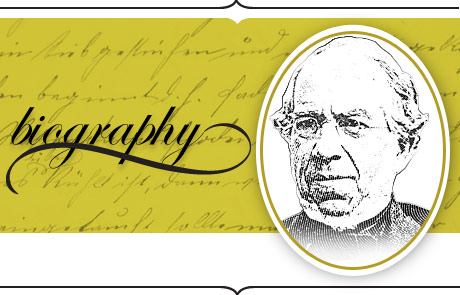 With a blacksmith for a father, it is perhaps little wonder that Thomas Blanchard (1788-1864) sought to create such useful items. His most famous invention is the Blanchard Lathe, which could make numerous irregular objects out of wood. Carrie Brown, an associate curator for the American Precision Museum, says lathes had been around for a century before but could only make very uniform shapes, such as a spindle or a chair.

"Blanchard came up with this system of interconnected things that when all operated together could make something that was as irregular as a toothbrush handle," Brown says. "The idea of a machine that could work in such a complex way was mechanical genius." Before industrialization such as this, it would have required a wittling knife, handfiling, or a blacksmith to hammer, Brown says. "Everything made today comes down to the whole concept of interchangeable parts," Brown says. "When we buy a lamp and something goes wrong with a switch, we can go to a hardware store and buy a new switch. We don't have to go to someone to make a new lamp from scratch. Blanchard was a major part of this movement."

According to Todayinsci.com, the lathe is described as "successively brought in contact with a small friction wheel; this wheel precisely regulates the motion of chisels arranged upon a cutting wheel acting upon the rough block, so that as the friction wheel successively traverses every portion of the rotating pattern, the cutting wheel pares off the superabundant wood from end to end of the block, leaving a precise resemblance of the model."

But as John Lienhard wrote for The Engines of Ingenuity series for the University of Houston, Blanchard had success even before his lathe of 1822. According to Lienhard, at the mere age of 13, he created a mechanical way to pare apples with a wire gage, which mimicked how our thumb is used to keep the apple in place during cutting. Lienhard went on to claim that approximately five years later, he created a tack-making machine, getting to a level of 200 tacks per minute. However, NPS.gov (PDF) adds that he actually worked on tack producing with his brother and achieved a higher rate of 500 tacks per minute.

In addition, he invented what was dubbed "the horseless carriage," a steam-powered vehicle that some even believe to be the first car. Of course, since it was not as sophisticated as the cars that were rolled out in the late 19th century or the Model T in the early 20th century, it's been all but forgotten. Considering what the aforementioned vehicle was powered by, it's no wonder that Blanchard was a celebrated builder, noted in the Farmers Register as having built the Massachusetts and the Vermont steamboats. As the Register states, he contributed to transportation opportunities by putting together boats that sailed rivers such as the Connecticut, Kennebeck, Gennessee, and Susquehanna.

But in the end, he'll always be most remembered for the lathe. Says Brown, "Blanchard's place in history is guaranteed as one of the more versatile and thoughtful inventors in American history."

Blanchard's place in history is guaranteed as one of the more versatile and thoughtful inventors in American history.Carrie Brown, an associate curator for the American Precision Museum