The Upswing of Innovation

The Upswing of Innovation 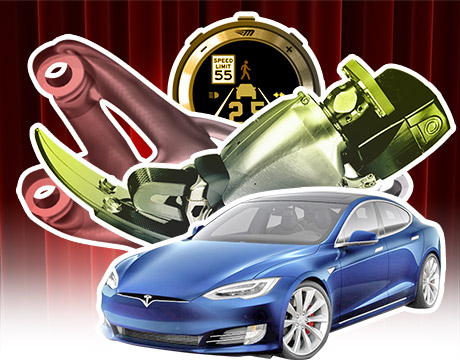 New products and ideas seem to be adopted at an ever-increasing rate. The smartphone that most people keep in their pockets dates back to 2007 when the first iPhone was released. Tesla, the electric car manufacturer that seems to receive more press attention than the old Big Three car companies combined, was founded in 2003. And Twitter, the messaging platform that has changed the way politicians and celebrities talk to—and hear from—ordinary citizens, was launched in 2006.

These technologies are reshaping the world, and yet people the same age aren’t old enough to vote.

While things are moving fast, the product lifecycle remains the same. Companies start with an idea, run them through a research and development process to turn that idea into a viable product, introduce that product to the market and support it while the customer is still skeptical. They manage growth when demand for the product finally takes off and then maintain the product line as the technology matures and competitors flood the marketplace.

Getting to the point where a company has a viable, commercialized product is maybe the hardest part of all. Experts who study product development call it the Valley of Death, and for good reason. Scientists and engineers can solve all sorts of technology problems in the lab and create workable prototypes that can demonstrate limitless promise. They can even get a product launched with high hopes but little cash flow. Too often, though, even the best ideas can’t escape the Valley of Death and start climbing in terms of customer awareness, sales, and profit.

When I started in the music industry in the mid-1980s, sales of cassettes had just overtaken those of vinyl records. But the R&D labs for the major industry players had been working to create new digital formats that would be superior to either records or tapes. And out of several competing efforts, one technology had emerged—a digital storage system based on the “old” 240-mm (12-inch) LaserDisc video records of the 1970s, but smaller and designed for audio use only. While overall sales of these compact discs were tiny (just 4.3 million sold in the U.S. in 1984) and at that point few consumers even had CD players, it was clear that CDs were an ascending, emerging technology.

Within just a few years, CDs would replace both vinyl records and tape as the way music recordings were sold globally, and American, Asian, and European factories would press hundreds of millions of compact discs each year.

There’s no guarantee that any of the five technologies honored this year in Mechanical Engineering magazine’s Emerging Technology Awards will be the next compact disc, but each is remarkable in its own way. The editors have examined the trends in each of ASME’s five core technologies—energy, manufacturing, robotics, bioengineering, and pressure technology—and looked for recent innovations that have hit the marketplace. And from dozens of contenders, the editors have found five that seem poised to make an extraordinary impact on the coming decade.

The technologies honored this year are incredibly diverse. They run the gamut from being as gigantic as a skyscraper to being intimate enough to place on your head. One connects with hard-to-reach children one-on-one, while another is designed to provide for entire cities. And yet another reimagines a hidden component, finding a way to manufacture it, so that it weighs much less without giving up any of its necessary strength.

In the following pages, you’ll be able to read about the Haliade-X offshore wind turbine being built by GE Renewable Energy, which is breaking all records when it comes to wind power. Each blade is as long as an American football field, and when the wind is blowing across the ocean, a single one of these machines will be able to generate 12 MW of electricity.

Then there’s the Microsoft HoloLens, a computer system that fits in a headset. The HoloLens tracks the user’s position and line-of-sight within a room so that it can project computer-generated images in a way that blends with the point of view. Microsoft is working to develop the headset system for use in such applications as training medical students in surgery, operating robots remotely, viewing renovation plans while construction is ongoing, and inspecting complex structures.

Even more personal than a computer you wear is a robot that can reach children with autism. That’s why we are honoring the Milo, developed by RoboKind. The Milo robot has an expressive face, a screen on its chest, and is programmed with an extensive curriculum for teaching calming techniques, conversational skills, emotional understanding, and other social behavior. Milo is now in over 400 schools working with thousands of students. Through my volunteer efforts as a trustee at Montgomery Academy in Basking Ridge, N.J., I have experienced the positive virtues of this technology bettering the lives of students on the autism spectrum.

Another human need is fresh water, which is what’s being provided by IDE Technologies. Its desalination system pushes salty water through large membranes that keep the salt on one side, producing large quantities of fresh water without expending a lot of energy. IDE has built desalination plants in Israel and southern California, and people in dry regions around the world are looking at the system as a low-cost means to provide drinking water for their growing populations.

The final technology being spotlighted was created by Airbus, the multinational aircraft maker. It isn’t a plane or an engine, but a simple partition between the passenger cabin and the galley. But that partition was designed using advanced software and manufactured with 3-D printers, and it is just as strong and about half the weight as the component it replaced. Engineers at Airbus are looking to the day when entire airplanes can be built through similar advanced manufacturing techniques.

None of these technologies are everyday items, but each is available for customers today. They aren’t R&D marvels that might be commercialized in “three to five years” but are instead survivors that have emerged from the Valley of Death and are ready to take off. I think you’ll agree that these technologies and their creators are worthy recipients of the 2018 Mechanical Engineering Emerging Technology Awards.

Learn more about the winners of the 2018 Emerging Technology Awards.