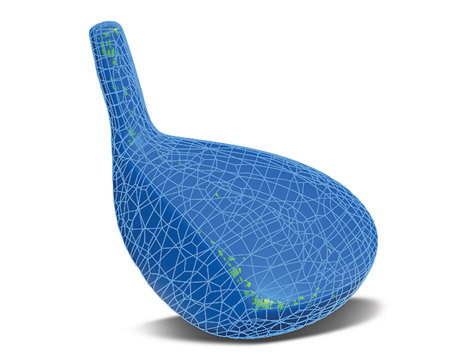 As CAD has grown in popularity so has reverse engineering, which is a viable method of creating a virtual model of an existing part.

The Rise of Reverse Engineering

These are great times for design engineers. Over the past two decades, their job has been radically changed with the transformation of finite element analysis software from mainframe to desktop computer.

With the easy availability of computer-aided design packages, reverse engineering technology has become a practical tool to create a three-dimensional virtual model of an existing physical part. That, in turn, has made the use of 3-D CAD, computer-aided manufacturing, or other computer-aided engineering applications easier.

One reason design engineers are increasingly using it is that its hardware and software have become more affordable, helping engineering companies, especially the little guys, to speed up development and cut production costs. Furthermore, its software can be tightly integrated with the computer-aided design programs. “They can access most features via their CAD programs,” says Braxton Carter, chief technology officer at ReverseEngineering.com, a software developer in La Jolla, CA.

At the same time, the costs of scanners and other hardware used to input measurements have been dropping, and the hardware is becoming smaller and easier to use, according to the hardware makers.

The reverse-engineering process needs hardware and software that work together. The hardware is used to measure an object, and the software reconstructs it as a 3-D model. The physical object can be measured using 3-D scanning technologies like a coordinate measuring machine, laser scanner, structured light digitizer, or computed tomography.

ReverseEngineering.com, for example, develops software that imports raw, digitized data from portable CMMs, laser trackers, and laser scanners into CAD and CAM systems. The software was released about three years ago and is now used by engineers at the U.S. Department of Defense and at industrial manufacturing companies, Carter says.

“When reverse engineering and CAD are integrated, the obvious benefit is that you don’t need to be trained on several systems,” he says.

One of his company’s products is integrated with the SolidWorks CAD package, for example.

Other companies that make reverse-engineering software that works with CAD and CAM systems include Geomagic Inc., of Research Triangle Park, N.C.; InnovMetric Software Inc., of Quebec, and Rapidform Inc., of Seoul.

Unlike the Old One

Manufacturers are finding new uses for these CAD-integrated reverse-engineering software tools. One is a manufacturer that makes pumps featuring complex impellers, Carter says.

The pump manufacturer scans the year-old impeller into the CAD system. Once those measurements are captured, engineers can compare the measurements taken from the actual impeller against the original, as-designed part. This helps determine exactly how and where the part has degraded.

With that information in hand, engineers can redesign the impeller to avoid future loss in pumping capability, Carter says.

Or take Excel Foundry & Machine, of Pekin, IL, which makes replacement parts for nearly every type of mining and rock-crushing machine. When the company sought to expand about three years ago, executives faced a dilemma, says Chris DeWitt, senior design engineer.

“We needed to venture off into more complex parts and systems, and in doing so, it’s rather difficult to get all the dimensions you need with the old hand tools,” DeWitt says.

The engineers knew the coordinate measuring machine alone wouldn’t be enough. DeWitt and his colleagues knew the CMM hardware needed software that could deliver measurement data into the company’s CAD system.

The company installed desktop reverse engineering software from Reverseengineering.com and purchased a CMM, a Romer from Hexagon Metrology Inc., in Wixom, MI.

The new CMM allows the company to create more complex replacement parts than in years past, Dewitt says. Excel Foundry engineers estimate that measuring parts and creating replacements without the hardware and software package would take about four times longer than it does now, DeWitt says.

The wider accessibility of handheld laser scanners and portable CMMs like the one used at Excel Foundry means more companies can afford reverse engineering for their own unique ends, DeWitt adds.

When product design firm Protosys, of Porto, Portugal, which specializes in marine design, wanted to move into new markets, it invested in a 3-D laser scanner. What it didn’t count on, however, was the attention from the archeology community, which asked Protosys if its scanner could assist with archeology projects, says Alexandre Pinto Basto, a Protosys product engineer.

The company’s new handheld Zscanner 700 from Z Corp., of Burlington, MA, was capable of doing that. Simply because it can scan digitized 3-D surfaces in real time, connect to a laptop computer via a FireWire cable—and because many CAD packages can be run on small computers—the scanner works well in the field and can be used to scan large objects.

[Adapted from “Outside In,” by Jean Thilmany, Associate Editor, for Mechanical Engineering, December 2009.]

Reverse engineering tools are getting easier to afford and to use, and that can make for a better bottom line.