By the Numbers: Jobs and Manufacturing

By the Numbers: Jobs and Manufacturing 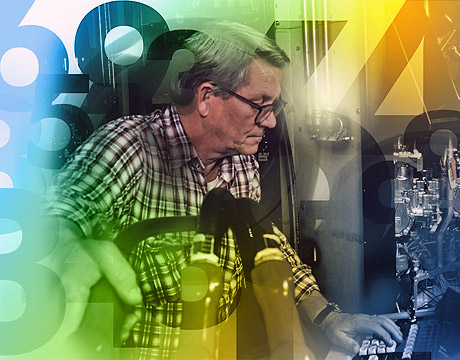 Imports have become an easy target for Americans in both major political parties. But the country’s high-productivity factories simply don’t need as many workers as they used to.

Trade has become a hot political issue in the United States, with many people on both ends of the political spectrum wanting to slow or restrict imports to bring back manufacturing jobs. Scenes of abandoned factories and interviews with unemployed industrial workers underscore the point.

But how much do imports actually matter?

It’s true that the U.S. imports many more goods than it exports to the rest of the world. According to the U.S. Census Bureau, $931.2 billion in manufactured goods were imported in the first six months of 2016, compared to $522.6 billion in exports. Even in the industries where the U.S. manufacturers export the most—transportation, chemicals, computers and electronics, and non-electrical machinery— there was a net trade deficit.

But the annual trade deficit in manufactured goods (roughly $800 billion) is a small fraction of the $5.9 trillion worth of goods produced by the U.S. manufacturing sector. In terms of “bringing back” manufacturing jobs to the levels of 40 and 50 years ago, eliminating trade isn’t going to do the trick.

Comparing the number of manufacturing jobs, as measured by the U.S. Bureau of Labor Statistics, to manufacturing output from 1947 to the present reveals that American factories make much more stuff per worker than ever before. Most of that increase in productivity has occurred since 2000, as factory automation has reduced the demand for workers at the same time that low-value manufacturing began to leave the U.S. While the workforce has been reduced by nearly 5 million since 2000—a 29 percent cut—manufacturing output has grown steadily, if slowly.

Indeed, using a simple calculation based on the present rate of productivity, the manufacturing jobs that would be added by eliminating the entire $800 billion annual trade deficit in goods would number around 1.6 million—not enough to restore the manufacturing jobs lost since 2000, let alone return manufacturing to the central place it once had in the American economy.