The Man Who Lived October Sky

The Man Who Lived October Sky 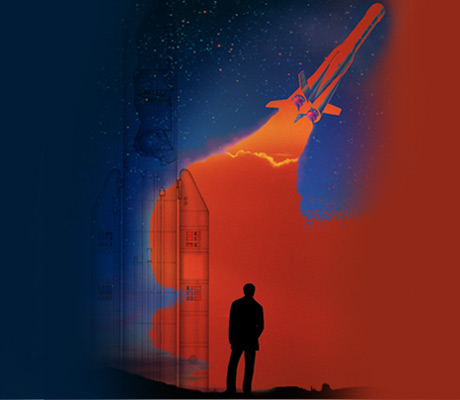 As Homer Hickam and I start working on this article, it's not all that far from 13 years to the day that October Sky premiered. I know where I was when I saw it—on an airplane, watching grown men cry. It's a film that tells the story of a teenager in a small coal mining town in West Virginia who has little chance to escape the mines—until he finds a love and ability for rocketry. By the end, he's won the National Science Fair with his friends.

"Even 13 years later," Hickam says, "we receive letters and e-mails every day from people all around the world who tell us how much they love the movie October Sky as well as Rocket Boys, the book the movie was based on [written by Hickam]....I've lost count of the engineers who've told us they wouldn't have been engineers had they not seen the movie or read the book."

Hickam says his passion to learn how to make rockets fly began because it was fun but later became a way that he thought might get attention from his father. "Eventually, I did it because I realized I had a need to learn things that seemed hidden from me," he says. "In this, I was joined by Quentin [Quentin Wilson, a hometown friend who would later become an engineer] and the other Rocket Boys, but mostly Quentin who taught me a crude form of the scientific method he called 'body of knowledge'."

"Quentin andI were determined to build a perfect rocket, whichthey defined as a rocket that did precisely what it was designed to do. That meant to even establish the parameters of rocket performance, we had to essentially teach ourselves calculus and differential equations, not to mention how to weld and operate a metal lathe and a milling machine," saysHickam."Our rockets were quite a bit more sophisticated than shown in the movie. With our last designs, our rockets went supersonic within a half-second of ignition. The book explains it all much better."

After Hickam and his friends won Gold at the 1960 National Science Fair, he went on to college and eventually, at the age of 38, joined NASA. "[I was] already well-established as an expert in the development of computerized management information systems for the U.S. Army," he says.

"Iwas hired to do the same for the Spacelab Program Office, which was responsible for the design and development of a modular laboratory to be carried in the cargo bay of the space shuttle. After successfully fielding that system, I moved to the Mission Operations Lab where I became a senior astronaut training manager for Spacelab missions and also worked as a lead diver in Huntsville's Neutral Buoyancy Simulator which was, among other missions, responsible for training the astronauts to repair the Hubble Space Telescope," says Hickam.

"Ialso worked on the Solid Rocket Booster Redesign Team after the Challenger accident. I also designed a Moon Laboratory based on the National Science Foundation's South Pole Station. All these jobs required a range of engineering knowledge including systems engineering, operations research, computer design, thermodynamics, fluid dynamics, materials, and so forth," he says.

But what goes into space shuttle design that many people don't realize? "The space shuttle was a compromise design and not the spacecraft NASA engineers wanted to build," Hickam says. "Had they done so, they might have truly created a reusable spacecraft, which was the central idea for the program. The troika of funding, schedule, and payload mass produced the only design that could work within those constraints," he adds.

"The shuttle was the most expensive space launcher ever built and required an astonishing amount of maintenance and refurbishment after every flight to allow it to fly again. When management failed to exert proper control over this expensive, complex, and relatively fragile spacecraft, two shuttles were lost," he says. "Even so, the shuttle main engines were the most advanced and sophisticated rocket engines ever built and the shuttle was an amazing machine which performed incredible feats in space that will not be matched again for decades."

After the success of his book Rocket Boys, Hickam has gone on to have a strong career as a writer. "The latest is The Dinosaur Hunter, a mystery story set in Montana," Hickam says. "Its background reflects my interest in paleontology. I have been fortunate to have found two Tyrannosaur Rexes out of the 40 ever found. The next, coming out in April, is Crater and the first of a Helium-3 trilogy set on the moon 120 years in the future."

But despite this second career, Hickam will always have a passion for engineering and hopes the inspiring true story of the boys from Coalwood, West Virginia will continue to inspire. Of the movie and book, he says: "...Most of them [students] enjoy both and they get the message, too. To dream is not enough. You have to do. As O'Dell said in Rocket Boys, 'A rocket won't fly unless somebody lights the fuse.' Every student has a fuse. You just have to figure out how to light it."

To dream is not enough. You have to do. As O’Dell said in Rocket Boys, ‘A rocket won’t fly unless somebody lights the fuse.’Homer Hickam