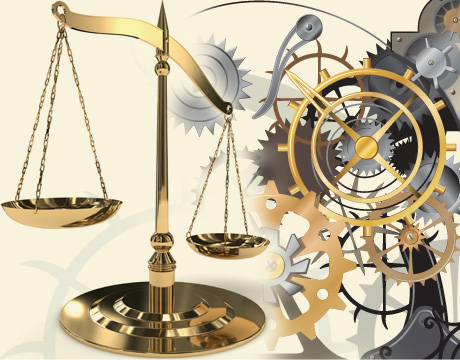 Engineering and law are two fields that require intensive study. Succeed in either and you've accomplished something. But, if you can succeed in both, there are more opportunities than you might think.

After Kelly Kubasta received his mechanical engineering degree from the University of Texas at Austin, he decided to continue on at the school for his legal degree. "Many engineers were finding it more valuable to get three to five years in the real world and then go back for an MBA," he says. "For me, I was not in a position where I felt confident that I would want to stop my career midway and go back so I looked for an option that would suit me right away and that was law school." What he didn't expect was the advantage his engineering studies gave him as an intellectual property lawyer.

"I can break down complicated concepts and translate them into understandable pieces that non-technical individuals can't understand," says Kubasta. "I can remember picking up inthree or fourminutes the key aspects of an invention at issue in a court case that took my colleague, who has an electrical engineering degree, 25 to 30 minutes to drill down to what the real issue was. That's valuable." It also helps him in picking expert witnesses. "You have to find out what is the pivot point of the case that will take the case in your favor or against you," he says. "Once you identify that you look for the witness with expertise and skills that best matches your critical issue in the case. With me, my engineering background helps me filter."

So what are areas engineers may have difficulty in when it comes to becoming a successful lawyer? "Public speaking is not always the most fun thing to do for an engineer," Kubasta says. "So it's getting over that hesitation and getting comfortable in front of a large group of people where in some shape or form they are judging you. To get over it took repetition. And I find that the more familiar with the subject matter, I am the more confident I am."

David Cornwell, also an intellectual property lawyer, is actually in a firm with several employees who are both lawyers and mechanical engineers. "I protect patents," he says. "When I deal with inventors they definitely want someone with my engineering background—if they've come up with a new transmission, they don't want to talk to someone who doesn't understand what they do. If it involves heat transfer thermodynamics, they don't want to spend money to get a lawyer up to speed."

A law degree also provides an advantage to those creating engineering products, according to Cornwell. "Engineers who learn law can come up with a breakthrough invention without maybe blowing their patent rights," he says. "I've had to turn some clients away because they drafted a lousy contract with the person they co-developed something with. Or you work for a company in the daytime and go home and develop an invention and don't realize what would belong to you or them."

He's also used his knowledge to represent large companies, from Medtronic to Reebok. "For an athletic shoe, you have to know about areas such as physiology and for a company like Medtronic, it's knowing about that and things like fluid flow," he says.

To Cornwell, opportunities for a mechanical engineer with a law degree are growing. "I think there are not enough good people who have technical degrees and law degrees in this economy," he says. "A lot of patent firms are hiring and we need engineers and scientists who can practice. Believe me!"

Engineers who learn law can come up with a breakthrough invention without maybe blowing their patent rights.David Cornwell, intellectual property lawyer