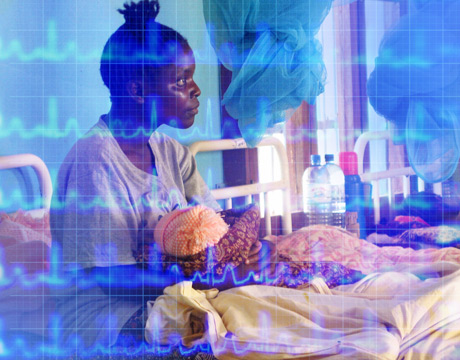 The Heart of the Matter

Heart issues are a potentially lethal problem in every country. But how often they become lethal has much to do with the kind of technology and treatment available.

In the United States, getting an ECG is no big deal. In Cameroon? It may be “good luck” unless you’re near one of the few facilities with the appropriate kind of equipment, says Arthur Zang, CEO of Cameroon-based Himore Medical.

Zang didn’t want to say “good luck.” He wanted to do something about it.

His invention is the Cardio-Pad, a machine that allows ECGs to work anywhere. For now, he is primarily targeting doctor’s offices and hospitals for low-income countries.

“Heart disease affects so many. I was impressed by [other] medical devices and I knew I wanted to make a difference,” he says of the beginnings of the device, which ultimately received the Rolex Award for Excellence. “In hospitals in poor countries, so many people are suffering from heart diseases and they don’t have what they need. You have people having to travel so many kilometers to a city and it’s very difficult and expensive for them. Hospitals and specialists are tough to get to. When I was doing an internship in a hospital, I decided to come up with a system like this to utilize my knowledge of computer science. After early development, I quickly started thinking of how I could improve it.”

A sensor located in the circuit board of the Cardio-Pad acts as a digitized ECG coming from the patient’s heart. Information goes to the specialist who has a tablet to get the data from the patient. “It was difficult early on because I wanted to develop a device a person can use at home but I discovered I needed more parameters and needed to add more sensors than what would work in that situation,” he says.

He said the first prototype had only one signal from the patient.

“We now have functions to improve transmission and have improved the speed of the transmission,” he says. “There were only three electrodes once and ten electrodes now. We did this by improving our software, improving the memory of the device, and the sensor can now transmits the signal through Bluetooth.”

The Cameroon government has been so impressed that Himore received a grant to continue work.

Zang adds that he’s working on a new device to fulfill the original dream of a medical device at home.

“It’s not as complete but would be simple, collecting a small amount of biorhythms. But it would be a beginning,” he says. “I’m very proud of our work to help many people suffering. It makes me happy to contribute and inform healthcare and help people. You never know what will come from trying something like this. The response has meant a lot and it makes you want to do more. A lesson to me is you need to see what you can do, what the limit is, and adapt and find the real need of users in the process. You must change and adapt.”

For Further Discussion
You never know what will come from trying something like this. The response has meant a lot and it makes you want to do more. Arthur Zang, CEO, Himore Medical