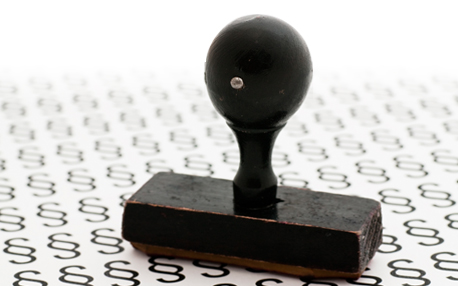 The Do's and Don'ts of DIY Patents

Entrepreneurs hoping to prosecute a patent on a tight budget often seek low- or no-cost alternatives to a patent attorney’s typical $6000 to $20,000 bill. They have many options.

Books, software and other patent-it-yourself guides may seem adequate to help an engineer prepare, file and prosecute a patent on his or her own. After all, most patent attorneys were once engineers, so it’s reasonable to assume that a bright engineer could go it alone.

The devil, of course, is in the details. In most cases, a patent prosecutor must have both technical and legal credentials, whether it’s an attorney or an engineer trying to do it independently. Errors, omissions and other layman’s gaffes can – and have been – judged in federal court to be a breach of the candor, good faith and honesty required in the patent process.

The Value of Claims

This is not to say that all DIY patent resources are without value. David Pressman’s "Patent it Yourself," for example, gives practical advice while also spelling out the risks and responsibilities of going it alone. But even in the case of the best of books, a little knowledge can become a dangerous thing. Not all patents are alike.

An engineer might rightly say that an uninitiated person could not do as good a job of drafting the sections of the patent application dealing with the state of the art and its limitations, the invention’s specifications, or the technical renderings. But, oddly enough, those are not the most important parts of a patent. The critical part is clear at the end of the document: the claims section.

Patent claims are all-important, and – as a hybrid of technical and legal language -- are extremely difficult to craft. It is an art mastered only after a great deal of experience, and only with a continuous monitoring of the ever-changing landscape of patent law. Experience in writing patent claims is a key difference between a good patent attorney and a DIY engineer.

In patent law, no hair is too thin for some judges to split. Even words like "and" and "or" must be used with utmost precision, as a judge will take them quite literally.

Veteran patent attorneys are probably the only people who read the case law and continue to improve their claim-drafting and patent-writing skills. A novice, even a novice patent attorney, simply cannot be trusted to claim a new concept in a way that provides real value.

Once the patent application is filed, the potential for pitfalls does not diminish. It’s not just the claims that are cause for concern by the would-be do-it-yourselfer, it's the whole patent application and anything said or done during its prosecution. Applicants must do all of the following or risk failure:

Even a slight amendment to a patent application claim made, for example, after a Patent Office examiner uncovers prior patents disclosing similar ideas, can result in the inability to assert the claim against a close knock-off of the patented technology.

Experience in writing patent claims is a key difference between a good patent attorney and a DIY engineer.