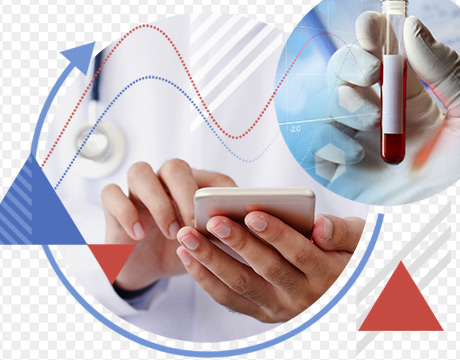 Getting a blood test can be a pain, and it’s not just from the needle. To get a test, patients often have to visit a different office or wait days for results, and in remote areas of the world, a blood test can mean a significant journey. The hassles are due to the monstrous size of the machines used to run an enzyme-linked immunosorbent assay, or ELISA.

Anna Pyayt, an assistant professor of chemical and biomedical engineering at the University of South Florida, who works with gold standard ELISA machines in her lab, knew it didn’t have to be that way.

“They are massive. I was thinking, why do I need to use such a big instrument?” she recalls. “What do I need to make it small and inexpensive?”

We can use exactly the same type of assays available off the shelf. It’s just the equipment that is now low cost.Prof. Anna Pyayt, University of South Florida

To change ELISA to MELISA (a mobile enzyme-linked immunosorbent assay), Pyayt turned to two technologies that have seen rapid advancement in the past decades. The first is the smartphone, with its incredible processing power, high-quality cameras and myriad sensors. “At the same time Arduino micro-controllers and fast prototyping of microelectronics have reached the point where you can quickly make interesting electronic devices at low cost,” Pyayt says. “We merged those two platforms to make one local system.” 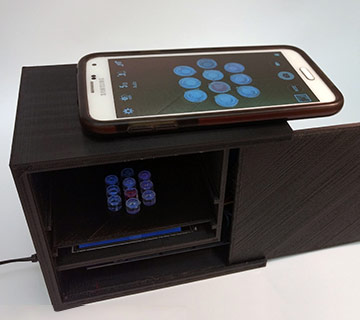 The new system works just like its larger cousin. Little wells are coated with an antigen. Antibodies in a blood sample bind with these and stay put when the sample is washed away. Their presence is amplified with animal antibodies (that bind with the human antibodies), which then bind with a color so a human can read the result. That this process is the same in MELISA as it is ELISA is a huge advantage.

“We can use exactly the same type of assays available off the shelf,” Pyayt says. “It’s just the equipment that is now low cost.”

The portability of MELISA is only one of the advantages of using a smartphone to do the processing. Now data can be stored on the phone for easy reference and sharing. Having the phone read the results could also mean a reduction of error. Readings from current ELISA systems must be copied down by hand and manually retyped. This is a big advantage given that medical and human errors are major causes of mortality.

Though MELISA can eventually be used with any kind of blood assay, Pyayt’s proof of concept was a test for progesterone, low levels of which can be a cause of miscarriages and difficulties in getting pregnant. A survey run by Pyayt revealed that one of the most important issues for female patients is minimizing the number of separate visits. “I think it’s important that female engineers sometimes try to address the needs of the female part of population,” she says. “The number of female engineers is very small.”

The only things keeping nurses from using MELISA to test patients—female or otherwise—are the issues of testing and aesthetics. To get FDA approval, Pyayt is currently running tests to show that MELISA will work in different temperatures and humidity. (See how MELISA works in this video.) She’s also working to make it look aesthetically pleasing. “As always, when you try to put things together initially, they look large and ugly,” she says. “It requires many iterations to put everything into a smaller, nice-looking form.”