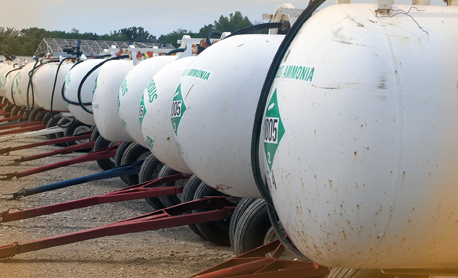 It was suggested by President Bush in his State of the Union message that hydrogen be employed by society as the fuel to meet our future energy needs. I reacted to this suggestion with a degree of alarm.

Putting aside for the present the dangers in handling and using hydrogen in energy devices, the development of such a project is very expensive and would come to fruition about a generation hence. An alternate solution that is immediately available employs ammonia in internal combustion engine technology. There are no large development costs, and the price of the resulting vehicle is not significantly increased. In addition, the fuel, i.e., ammonia, is presently abundant and the fuel handling technology already exists and is user-friendly.

About 40 years ago, I was a project leader on an Army research contract to produce fuel from air and water suitable to be used immediately in Army vehicles and devices. The family of fuels that could be produced were those that contained hydrogen, nitrogen, and oxygen, e.g., hydrogen, ammonia, hydrazine.

Hydrogen and hydrazine were ruled out.

Storage and handling technologies for these fuels were not adequately developed. Of more importance, the combustion properties of these fuels put the non-technical layman in harm's way.

The advantages of using hydrogen are that it burns well in energy devices; has very wide limits of flammability, making for stable combustion; and has a large heat of combustion per unit mass.

There are also disadvantages to hydrogen. It detonates very easily. When used in diesel engines, it needs to be compressed for injection into the cylinder. But doing so can consume up to 15 percent of its output power, thus compromising its efficiency. At low pressure, its heat of combustion is low per unit volume. Although Honda has introduced a hydrogen-powered car employing a fuel cell that offers many advantages, and Toyota and others will soon follow suit, in the immediate future hydrogen will not be readily available at the corner fuel station. The present fueling procedure is complicated for the average layman.

On the other hand, ammonia-based fuels offer a great potential for universal use. The present disadvantage is that pure ammonia is not suitable for use in high-speed engines. Its flame speed is too low.

However, ammonia can be doped by environmentally friendly chemical additives, and thus be compatible in high-speed engines. Ammonia is already compatible in other energy devices, such as low-speed engines and fuel cells. It is an abundantly produced chemical used in industry and agriculture. Production facilities can easily be expanded.

There are environmental impacts in its production, largely energy costs for production of the hydrogen needed to make ammonia. These effects can be ameliorated by careful evaluation and selection of sources of hydrogen and energy to produce it. In addition, handling and storage technologies are presently available and can readily be transferred to the general population.

Present-day engines and energy devices are slanted toward operational compatibility with the combustion properties of the fossil fuel. This operational compatibility need not be compromised. At the present time, technology exists in which an emulsificant can be used as a component in a fossil fuel, so that the ignition properties of the emulsion are not altered. Ammonia can gradually be introduced as the emulsificant.

Ammoniated fuel will power an engine or burner with very little modification. Thus, the transition to an ammonia-based fuel economy can be as slow or as fast as societal conditions permit.

In summary, there are many advantages to be achieved by adopting this alternate fuel technology of an ammonia-based fuel. Its application can be immediate. Our dependence on fossil fuels will be lessened, engines and burners will operate with cleaner burn at higher efficiencies, and environmentally friendly liquids such as ammonia, water, alcohols, or waste liquids can be used as emulsificants in a broad range of proportions. In addition, waste storage areas, e.g., those at industrial sites and farms, can be cleaned. Finally, with the introduction of this technology, society can function as before with its normal patterns of behavior, and without being put into harm's way.

Ammonia is already compatible in other energy devices, such as low-speed engines and fuel cells.