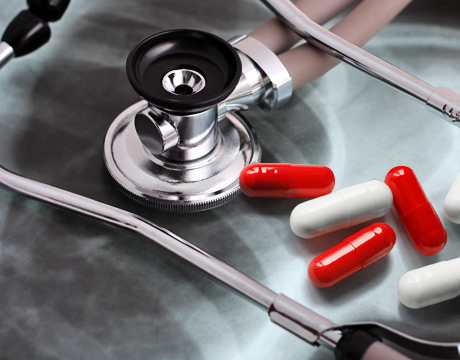 Tuberculosis is barely on the radar in the U.S., thankfully. What great-grandparents might remember with fear, this generation might regard with a shrug. If only it were that way for millions of others around the globe. In Asia, Africa, and other areas, it’s actually one of the top killers, taking more than a million lives a year worldwide. Drugs can fight it, but it’s not just finding specific drugs that might help, but the right combination of those drugs.

A system called the “Parabolic Response Surface Platform” has made its share of strides in this area, according to Chih-Ming Ho, UCLA Distinguished Research Professor, who has also received the Doctor of Engineering Honoris Causa from Hong Kong University of Science and Technology. He is the principal investigator for a team trying to fight the scourge of tuberculosis with their data analysis system, which identifies which drug combinations work the best.

Presently, he says, the main treatment being used by many in the world is from the 1980s and a large number of people are resistant to it at this stage. It also requires 6-8 months of therapy.

“Medical professionals want to know how drugs are working in terms of efficacy and toxicity,” Ho says. “We look at the input, which are the drug and the dose, and the efficacy or the toxicity as the output,” he explains. “Then what we need to do is calibrate each patient with a few calibration tests to find out the coefficient of the parabolic surface.”

Testing on mice provided additional data. Tuberculosis can be treated with a large combination of drugs, Ho says, 14 in total. Looking at 14 drugs meant a huge amount of different drug combinations for the team to assess. Narrowing them down, they then went to testing on mice to see which worked the best. The treatment that emerged, referred to as “Regimen II,” may reduce treatment time by around 75 percent, he says. It was identified using the Parabolic Response Surface Platform, a data analysis method that identifies which drugs work synergistically.

Ho is energized by the work, enjoying how his engineering background comes into play because of the numbers component. “You get engineering combined with the chemistry knowledge and it’s exciting to see what it can do.”

He originally worked in aerospace engineering, and says it was a rewarding career change 25 years ago when he moved over to microfluidics and, ultimately, to the work he does today.

“A person can find themselves working eighty to ninety hours per week on this,” he says. “I’m enthusiastic about where it could lead. You think about the outcome but also the effect of the time of drug therapy. This can affect quality of life and could potentially improve things for many people.”

You think about the outcome but also the effect of the time of drug therapy. This can affect quality of life and could potentially improve things for many people.Prof. Chih-Ming Ho, UCLA