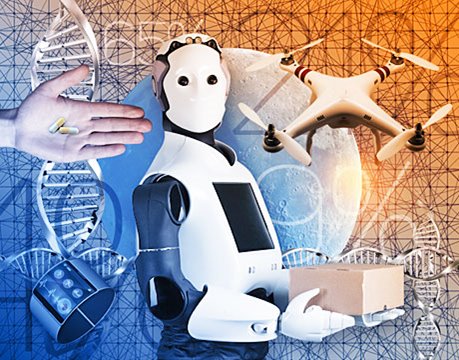 Americans are still optimistic about the latest engineering and scientific marvels, but are wary about many technologies that are close to reaching market, according to a study by the Pew Research Center and Smithsonian magazine.

Overall, twice as many Americans (59 percent) believed technological change will make people’s lives mostly better than those who said it would make lives worse (30 percent). Yet there are large discrepancies in the data. While age hardly matters, sex, income, and education do. For example, 67 percent of men are optimists, compared with only 51 percent of women.

Those earning $75,000 or more were three times more likely to say technological change will improve people’s lives than not. Among those earning $30,000 or less, slightly more than half saw an upside, while 38 percent thought technology would make things worse.

Asked about technology, college graduates were three times more likely to be optimistic than pessimistic. For those with a high school diploma or less, 56 percent were optimists, and 35 percent pessimists.

Men with a college degree had an especially sunny outlook: 79 percent of this group believed that future technology will have a mostly positive impact, while only 14 percent expected a mostly negative impact. Americans have mixed expectations about technologies that may emerge over the next 50 years. Eight out of 10 believe we will have lab-grown organs for transplant, and five out of 10 expect computers to create art as well as humans do. Americans view teleportation as more likely than weather control (39 percent vs. 19 percent).

One out of three thought long-term space colonies likely. Pew asked about four technologies closer to commercialization, and concerns emerged. For example, nearly two out of three Americans believe manipulating DNA to produce smarter, healthier, and more athletic children would be a change for the worse. Nearly the same number had negative views about using humanoid robots to care for the elderly and allowing drones to fly through most U.S. airspace.

The lines were more evenly drawn regarding wearable and implantable devices that stream information to users. Although 53 percent of respondents thought this would make things worse, 37 percent thought it would be a change for the better. While men were evenly split on the question, women went negative by a 59-29 percent margin.

The same caution showed up when Pew asked respondents if they wanted to try some new inventions. Only 48 percent said they would ride in a driverless car. There were more takers for brain implants to improve memory or mental capacity (26 percent) than there were for eating lab-grown meat (20 percent).

Finally, Pew asked people what futuristic invention they would like to own. Travel-related technologies scored highest overall, especially among people under 30. Time machines were also popular (who wouldn’t want to go back and invest in Apple stock when it was $2 per share?), followed by health-related inventions. Personal robots were a distant fourth. Seniors older than 65 seemed less interested in future inventions, and 56 percent said either they couldn’t name a technology they wanted or said flat-out they weren’t interested in any.

For Further Discussion
Those earning $75,000 or more were three times more likely to say technological change will improve people’s lives than not. Among those earning $30,000 or less, slightly more than half saw an upside.