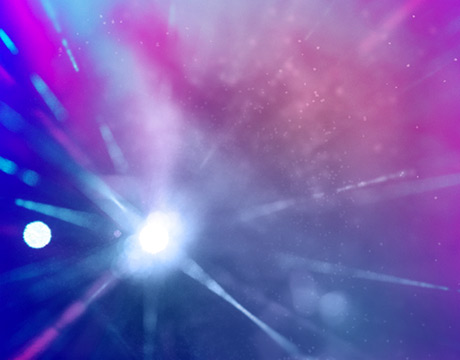 Lasers have been a centerpiece of the life’s work of Konstantin Vodopyanov, professor in the College of Optics and Photonics at the University of Central Florida. His commitment and years of work have led to the development of a new way to use infrared lasers to detect tiny amounts of chemicals in the air that could have a wide variety of practical applications.

They range from scanning the atmosphere for pollutants, poisons and other toxic agents in order to alert communities to a biological or chemical attack to doing medical breath analysis for detecting biomarkers to diagnose diseases including cancers and even for searching for traces of life during missions to other planets.

The technique is super-fast, obtaining information in seconds. It’s also accurate. The device is so sensitive that it can determine if there is a molecule of any chemical present at concentrations as low as one part per billion.

When you’re doing research, you don’t think about compactness. You are trying to demonstrate the principle. Prof. Konstantin Vodopyanov, University of Central Florida 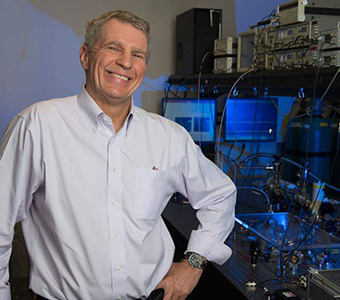 Professor Konstantin Vodopyanov focuses on laser technologies in his lab at the University of Central Florida.

In an article recently published in Nature Photonics, Vodopyanov and his collaborators describe how they were able to simultaneously obtain 350,000 data points over an entire spectral range of 3.1 to 5.5 micrometers in about 7 milliseconds. This demonstrated the simultaneous detection of numerous and various molecules in a mixture of gases in the air.

For You: Blockchain’s Link to Manufacturing

Vodopyanov’s method is an advancement of the work of John Hall and Theodor W.Hänsch, who won a Nobel Prize in physics in 2005 for developing what is called the frequency comb technique that allows the measurement of different colors of light and thus a broad range of atoms and molecules simultaneously. Hänsch’s technique is also very fast and extremely precise, enabling exact identification of the chemical.

“At first lasers were monochromatic but with the frequency comb [Hall and Hänsch developed], it’s like one million lasers in a single device,” Vodopyanov says.

A few years later, Vodopyanov became interested in pushing the frequency comb beyond the visible range into the challenging infrared range because most molecules in the air have resonances in that range. “Eventually we succeeded, and now we have shown that we can send a laser beam and detect dozens of molecules simultaneously,” he says.

Identification is possible because every chemical is made up of individual molecules that vibrate at their own unique frequencies.

He likes to explain by comparing the outcome to a bar code on a grocery product, which actually involved the first everyday use of lasers back in the mid-1970s. Since every product has a unique bar code, when the code is scanned, it is never mistaken for something else.

“The same is true for molecules, let’s say carbon monoxide,” he says. “You see all the same lines without exception, the same as for a bar code.”

When his team took a sample of room air and scanned it, they saw many molecules in addition to oxygen, carbon dioxide and nitrogen, even poisonous ones such as methane and carbon monoxide, but in concentrations too small to be dangerous.

While the prospects are very promising, the work is far from ready for real-world applications, which Vodopyanov believes could be anywhere from five to 20 years. The biggest challenge, he says, is cost. The prototype machine costs around $500,000. The researchers are now working to reduce that cost, while continuing to broaden the range of the laser frequencies and making the equipment more compact and mobile.

“We need to find a compromise between the cost and the application,” Vodopyanov says. “We can get in one second of information that is more than 100 megabytes. Some applications don’t need nearly that level of sophistication.”

He is confident that the cost and size will decrease with subsequent development, much like the green laser pointers now available for as little as five dollars, which first sold for thousands of dollars and were the size of a dining room table.

“When you’re doing research, you don’t think about compactness. You are trying to demonstrate the principle,” Vodopayanov says.

He is optimistic about timing as well.

“Everything is moving fast actually,” he says. “If you compare our system to a small car, our system is simpler.”