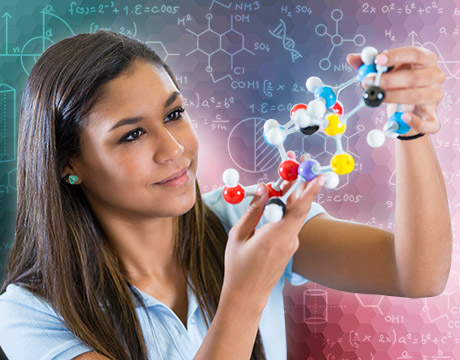 Lack of workforce diversity is a challenge in all science and engineering professions, but none more so than computer science. But thanks to a $1-million National Science Foundation grant, a group of Oregon computer science educators will have a chance to level the playing field for female and minority high school students across their state. The grant will fund intensive training and professional development for Oregon high school STEM teachers based on the Exploring Computer Science (ECS) curriculum – an established model for diversifying participation in computer science courses across the country.

“I have come to view access to computer science information as really an equity issue,” says James Hook, associate dean of engineering and computer science at Portland State University. “A working knowledge of computer science is quickly becoming fundamental to being an informed member of society.” Hook and associates from the University of Oregon and the Tigard-Tualatin School district in suburban Portland formed Computer Science for Oregon to operate the program statewide.

As in all STEM fields, early exposure to the principles of computer science is crucial in attracting students into the profession. With its traditional dependence on costly and rapidly obsolete equipment, serious computer science instruction is beyond the reach of many schools, especially those in poorer districts.

Compared to their white male counterparts, female and minority high school students are less likely to have access to computer courses in school, to use computers at home, or to be encouraged in computer science by teachers or parents. A 2016 Google-Gallup study found that 47% of black high school students had access to dedicated computer science classes at the school they attend, compared with 58% of white students. African-American and Hispanics also lag behind white students in home computer use. Whereas 68% of white students reported using a home computer most days of the week, only 58% of black students and 50% of Hispanic students reported doing so. While access is important, so is encouragement by teachers or parents to explore computer science. In this area, females are far less likely than males to receive that kind of mentoring, the study found.

Even when minority students do have access to computer science classes, Hook says, they often feel excluded when their “enthusiastic, over-prepared” classmates and instructors interact at too high a level. ECS program takes all of these issues into account while seeking to make permanent changes in classroom behaviors.

More for You: Learn How to Fill the Engineering Talent Gap

Instead of diving right into advanced work on real computers, the entry-level program introduces students to the fundamentals of computer science through real-world problem-solving exercises and algorithm design activities. The courses are partly inspired by CS Unplugged, an open-source suite of exercises developed by the Computer Science Education Research Group at the University of Canterbury, New Zealand. By expressly avoiding computers in the classroom, intro-level students are not excluded or scared off by lack of prior knowledge of programming or software applications. Instead they zero in on the underlying concepts. They may, for example, be instructed to sort paper bags filled with different weights, then work in groups to develop a sorting algorithm. The groups share their findings and continue working on the problem until it’s solved. “This is how problem-solving and computer science works,” Hook says.

The Oregon teacher training program is set to begin in spring 2018. It will involve a one-week intensive summer course followed by quarterly teacher check-ins throughout the school year. Teachers take another week-long intensive course the following summer. In addition to training new computer science teachers to focus on developing high-level problem-solving and computational thinking, the program also has components to help school counselors and administrators recruit under-represented students into computer science classes and to incorporate computer science topics into teacher-preparation courses at Portland State and the University of Oregon.

The ECS concept was originally developed by Joanna Goode, currently a professor of education at the University of Oregon. While teaching computer science in the Los Angeles Unified School District, Goode led the development of a curriculum and professional development program that over nine years increased the participation of female and minority students in computer science classes. The program has gone on to be implemented nationally, including in other large urban areas like New York and Chicago.

“These approaches to teaching and learning are attracting and retaining more non-traditional students,” Hook says.