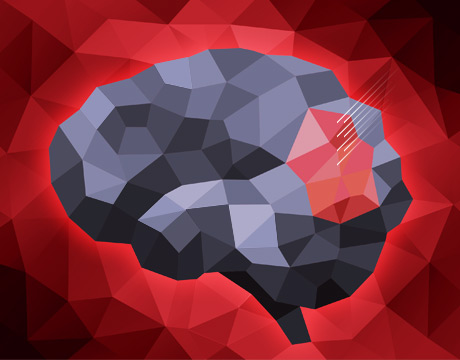 Spreading Out Against Brain Tumors

Being diagnosed with a brain tumor is a difficult enough day but it doesn’t make it any easier to find out chemotherapy may not be effective because of delivery methods. Chris Rylander, associate professor of engineering at the University of Texas, explains how his team began trying to improve this situation for victims.

“I was at Virginia Tech at the time and we were working on development for light delivery,” he says. “It was a minimally invasive, bioinspired design from the mosquito. The mosquito could bite and send its bloodsucking needle into your skin and do it without breaking its tiny little needle. We thought if a mosquito could do it then we could do it with a synthetic microneedle. Further down the track we thought that since the mosquito delivers a little anesthetic in addition to sucking out blood, we could take a tube and deliver fluids. We tested some prototypes of our design and they seemed to work, and we realized there were clinicians and neurosurgeons with challenging drug delivery problems. We changed the focus to that and started working on using multiple needles at the same time.”

The present configuration is placed, minimally invasively, into a burr hole, where a section of skull is removed. Then the device is placed and seven microneedles can be branched out independently and positioned around the brain tumor to deliver the drug. It can also deliver light energy. Part of the importance of what Rylander’s team has created, he says, is that it allows the microneedles to be spread out in order to “hit” the brain in several areas at once instead of just one with a single catheter.

“The brain is a particularly challenging tissue through which to deliver the drug because of the blood-brain barrier,” he says. “You want to protect the brain from bad things like diseases but it can make it tough when it comes to treatment as well. About ten to fifteen years ago some scientists and clinicians started doing local infusion of drug in brain tumor. It’s called convective enhanced delivery. So for a decade or more people were trying the technique of locally infusing drug molecules in brain tumor. That circumvents the blood barrier because pumping drug is minimally invasive with pressure and bypasses the blood barrier. It works to some extent if you look at animal and patient studies but didn’t work as well as expected. It needed to be expanded.”

Rylander says the team continues to work on its invention and hopes it one day will be used to administer the kind of treatment that can be a cure for those suffering from brain tumors. “So many thousands are diagnosed every year,” he says. “Many lives are altered.”

For Further Discussion
So many thousands are diagnosed every year. Many lives are altered.Prof. Chris Rylander, University of Texas