Spotlight on a Career in Entertainment Engineering

Spotlight on a Career in Entertainment Engineering 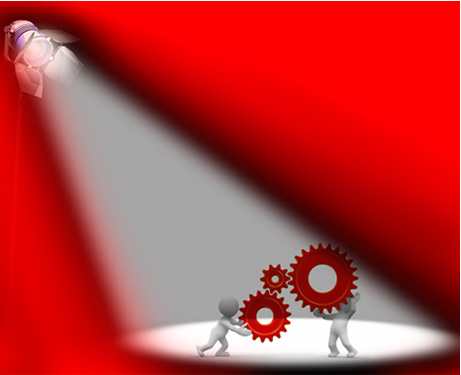 The world's largest moving stage had just been installed at the MGM Grand Hotel in Las Vegas for Cirque du Soleil. "The design was fully developed and then we found out the brakes didn't fit into the space available," remembers Bill Gorlin. "We had to quickly overhaul a big part of the design. Our mechanical engineers saved the stage," says Gorlin, vice president of the Entertainment Division at McLaren Engineering Group, headquartered in West Nyack, NY.

It's an exciting, challenging, and growing specialty, says Gorlin, who looks for mechanical engineers able to think fast. The work is extremely diverse, requiring the ability to juggle several variables at once.

During interviews, Gorlin asks, "What did you play with as a kid? I want someone interested in solving cool problems. Playing video games isn't so creative. Being addicted to Legos or building tree houses is better. I want people who worked with their hands, maybe tearing apart TV sets." Gorlin seeks mechanical engineers with insights and interest in structural analysis, including finite element analysis, fatigue analysis, and fracture mechanics. "The art of machine design is juggling many variables for components all at one time, where each will affect other components. You have to learn how to balance all of them simultaneously," he explains. The machines have to fit within the visual constraints of the particular entertainment site.

Most mechanical engineers "work on small things that whir quickly," says founder and CEO Malcolm McLaren. However, entertainment projects often involve big machines, too. One 80-foot high creation, "The Dancing Cranes," at Resorts World Sentosa in Singapore, involved huge hydraulic machinery and LED screens. "It required a certain look because it shoots fire and sprays water all over itself," notes Gorlin.

"I need someone who can design machinery and power transmission, which they may not have learned in depth as an undergraduate." Mechanical engineers usually know the mechanical information, but not the entertainment factors, so a stagecraft or technical theater elective is a plus. Gorlin prefers some practical experience involving machinery components. "In order to put together a machine, you need familiarity with all the available equipment."

Learning on the Job

Gorlin's division has no formal training program. "You learn on the job, by just doing it, diving in immediately, usually on simple things. You'll be up and running by day two." As soon as they're ready, mechanical engineers are assigned to glitzy projects, like Madonna or U2 tours.

Salaries for entertainment engineers are on a par with other types of engineers, says Gorlin. A PE license improves the pay rate. "It isn't required for mechanical engineers, but we consider interest in getting a PE license an asset. It's valuable in case sign-off is needed."

A major part of the job is educating clients. "We have to persuade them that better machinery is energy-efficient, quieter, and easier to service. It's vital to be able to get these non-engineers to appreciate the design issues that may not be obvious to them." Some of the issues may add to the project costs. Project budgets range from $50,000 to tens of millions.

The value of client contact affects Gorlin's staff selections. "In the old days, engineers did all the calculations. Now computers do the laborious parts for you. I want people who can write and communicate very well," he declares. "The most important undergraduate class is writing!"

Carol Milano is an independent writer.

The design was fully developed and then we found out the brakes didn't fit into the space available. We had to quickly overhaul a big part of the design. Our mechanical engineers saved the stage.Bill Gorlin, vice president, Entertainment Division, McLaren Engineering Group