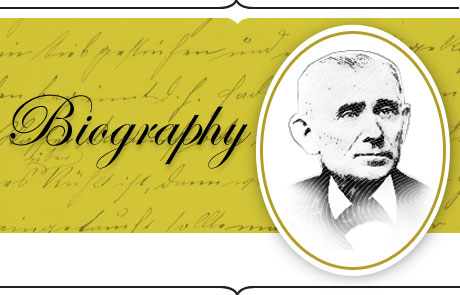 For more than a century, millions of people around the world working in the back-breaking construction industry have been deeply indebted to a man whose invention of the rock drill made their work faster, more efficient, and less stressful.

What madethe rock drillpossible was the invention of the percussion drill in 1871 by Simon Ingersoll (1818 – 1894), considered a genius in mechanical engineering. The drill has played an important role in excavation, mining, tunneling, and highway construction ever since.

Ingersoll was born in 1818 in Stanwich, CT, where he received an informal grade school education. Throughout his life, he received patents for several inventions, including a steam engine shaft in 1858. Over the following decade, he developed other small implements including a scale, a friction clutch, and a gate latch. Despite these inventions, Ingersoll, far from wealthy, continued to work as a farmer to support his family.

His percussion drill replaced hand drilling, making mining and tunneling much faster and cheaper. Before Ingersoll's drills, underground drilling was done by striking a length of steel rod repeatedly with a sledgehammer. Ingersoll's invention surpassed earlier drills because it rotated the drill after each strike, automatically advancing the steel. His design also featured an innovative tripod, and was significantly lighter than other drills. His first design was powered by steam but later operated on compressed air.

The Ingersoll drills provided the basis for the Ingersoll Rand Corporation, founded in 1871. Although Ingersoll Rand no longer manufactures drills, its products range from biometric security readers to refrigeration technologies.

Ironically, the Ingersoll Rock Drill was his only successful invention and brought him no financial reward. However, the lasting fame it generated came at a critical juncture in mining history.

Ingersoll was a dreamer, a creator, and an ingenious mechanic. His first important invention was a wedge and plug-cutting machine. Prior to his device, shipbuilders and caulkers had cut their wooden plugs and wedges by hand. Ingersoll's machine did the job mechanically. Alas, wooden ships were soon displaced by iron steamships.

He invented an early steam-powered car, a friction clutch, a gate latch, and a spring scale. All these patents were assigned to others.

Finally, a contractor friend suggested Ingersoll design a rock drill. The man had a contract for excavating rock in New York City, and if he had a mechanical drill, he reasoned, he could do the job faster and make some money. Ingersoll responded.

On March 7, 1871 Ingersoll received his basic rock drill patent. There had been earlier drills, designed for mining and tunneling and mounted on carriages. Ingersoll mounted his drill on a tripod equipped with leg weights to hold it steady.

In all 27 patents were issued to him, 13 pertaining to rock drills or their accessories. One covered the rifle bar for rotating the drilling element; another covered a coupling for hose used in rock drilling.

Though Ingersoll was never rewarded with the life of a successful inventor, his drill was a significant development. The new tripod-mounted drill used less manpower, was faster, and had a longer life—it led to the increased productivity of excavation applications where workers were previously only able to dig eight- to ten-foot holes per day. It was regarded as one of the most useful appliances in railroad building applications.

Ingersoll's Little Giant tappet drill and the Rand Slugger drill are recognized pioneering the rock drill market. Derivatives of his drill have been useful in excavation, mining, tunneling, and highway construction. Modern versions of Ingersoll's design are commonly used on practically every construction and excavation site worldwide.

Ingersoll's invention, paving the way for Ingersoll Rock Drill Company, eventually led to the establishment of Ingersoll Rand Co. Today, IR is a successful machinery and industrial equipment company in the markets of climate control, industrial solutions, infrastructure, and security and safety.

Ingersoll, who was forced to sell most of his patents and work halfheartedly at farming to feed his family, died nearly destitute in 1894 at age 76.