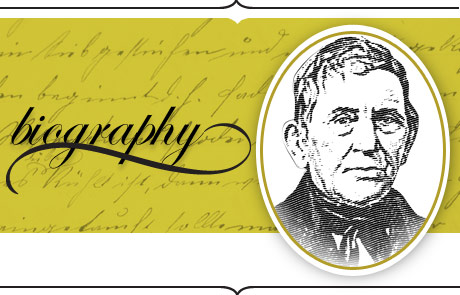 Seth Boyden (1788-1870) was a prolific 19th century American inventor, born in Foxboro, MA, whose ingenuity seemed to be part of his family tree. His brother Uriah was inventor of the Boyden Turbine and his brother Alexander co-founded a malleable iron company, based on Seth inventing the product. Their father even created a leather-splitting machine that Seth was able to improve on as a young man. Known for putting what was best for society in front of his own financial interests,Boyden had many inventions yet he hardly took out any patents on his work.

And if you think he wouldn't have made a fortune, think again. According to the Associated Press story Remembering the Forgotten Seth Boyden by Bob McMahon, no less than Thomas Edison said at a dedication of a Boyden statue: "He was one of America's greatest inventors..." His many great and practical inventions have been the basis for great industries that now employ millions of people.

In the above story, Charles Dzuba, a metallurgic engineer in Maplewood, NJ, relayed one of the main problems that Boyden solved: "Iron had to be heated frequently to be beaten into the desired shape, a process that made it less durable." The story went on to say that Boyden "found a two-step heat treatment method for iron ores that made them soft and pliable. Gunsmiths, locksmiths, blacksmiths, and coachmakers were among those who benefited from his seven years of work." This process was what we now know as malleable cast iron. The year 1818 saw him create a finishing strategy for patent leather, which was a boon to his industrial town of Newark, NJ. As the story goes, Boyden solved the problem of maintaining the durability of leather while allowing it to have a dressy appearance.

Still, he wasn't just an inventor but someone who aided others. In Iron Rails of the Garden State by Anthony Bianculli, it's stated that Boyden also helped Samuel Morse with the telegraph. In addition, he produced a locomotive called Orange for the Morris and Essex Railroad in New Jersey. The locomotive, of course, wasn't his invention but it filled a need for the community. He did, however, invent a cutoff switch for steam engines.

It's been said that he lived meagerly in his old age, partly because he didn't fully capitalize financially on all his accomplishments. But as is the case with someone who does much for others, he was taken care of, as the industrialists of his town gave him a house to live out his days, days he filled with a curiosity for nature, even creating a larger version of the strawberry. Though the Associated Press' title seems appropriate, as that of a man largely forgotten by history, his statue still stands in his adopted town of Newark, and an elementary school named after him resides in the nearby town of Maplewood.

Known for putting what was best for society in front of his own financial interests, Seth had many inventions yet he hardly took out any patents on his work.