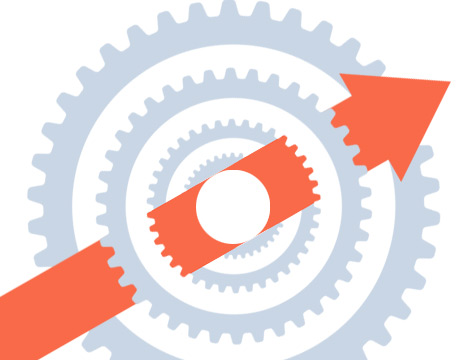 The Seru Method Is Changing Manufacturing

They’re still using it now, but the method hasn’t taken root in the U.S. Kathryn Stecke, a professor of operations management at The University of Texas at Dallas is trying to change that. She’s showing manufacturers the advantages of using the approach for high-cost, small-and-medium volume products.

In short, seru is a kind of cellular assembly. Instead of having hundreds of people on a line, each with a seconds-long task, there are small groups of one to five highly trained workers who produce an entire product, or large portions of one.

“If you’re newly hired, you’re not assembling the whole product at first,” says Stecke. “You might be part of a three- or four-person line, and you learn maybe ten minutes’ worth of work. If you’re fast enough—and with excellent quality—you swap with another person, and learn what the next thing is.”

The result is a group of skilled employees capable of great flexibility who can turn out high-quality products and who can quickly switch to new products as they come along. And the expertise leads to worker pride. Individuals who complete an entire product might have their names stamped on it.

“There used to be much less variety and much longer product lifecycles in electronics, and then things changed,” says Stecke. “At smaller volumes, if you’re changing over a line all the time you’re losing a lot of time, plus conveyors take a lot of space. So basically assembly lines went away for electronics products and they were replaced with smaller cells that might be one person or a few people and it was almost like going back to trade manufacturing before Henry Ford—but with many differences.”

In Japan, the method has spread to other industries that don’t turn out products on a massive scale. At Yamasaki, for instance, a single person, or a group of three, will build an entire motorcycle.

In the U.S., though, few have heard of seru. That’s partly because there’s no longer an electronics industry from which it could spread. And the few papers that have been written about seru production are in Chinese and Japanese. “Mechanical engineers and manufacturing engineers don’t know about seru yet because it’s not been written about in their journals yet. They just haven’t seen it.”

Any industry with high variety and medium volume is ripe for the seru method.

“Assembly is the biggest industry,” says Stecke. “Look around your office. Your tables, your chairs: Everything is assembled. All of those are candidates for something like a seru production system.”

Seru has the potential to do more than increase the quality—and profits—of products made here. It could help revive U.S. manufacturing.

“Our government, and many companies, would love to bring manufacturing back to the U.S. And that’s what Japan did,” says Stecke. “With seru production they freed up space in their factories, they didn’t have to outsource as much, and they brought production back from China. That’s what Japan did, and that’s what we could do. Sure our labor costs might be more, but if we’re more efficient and we don’t have quality problems and if production goes up and market share goes up, you’re making up for that.”

For Further Discussion
At smaller volumes, if you’re changing over a line all the time you’re losing a lot of time—plus conveyors take a lot of space.Prof. Kathryn Stecke, University of Texas at Dallas