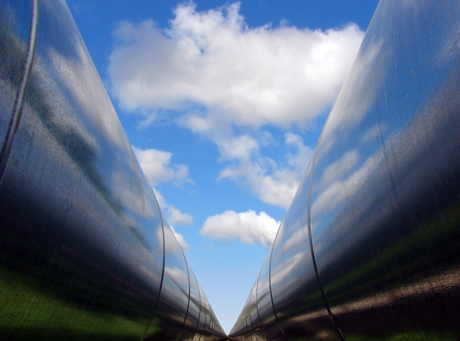 When it comes to earthquake preparedness in an industrial production facility, the devil is in the details. Seismic experts say most of the damage from earthquakes today is caused not by crumbling walls or collapsing roofs but failures in the less visible, often overlooked, parts of a building—especially pressure piping.

Pressure piping systems carry a wide range of fluids and gases around buildings, generally at pressures greater than 15 psi. Systems are usually configured in some combination of horizontal and vertical runs of pipe suspended overhead or mounted on (and penetrating through) walls, floors or roofs.

Flexible connections are often required at fixed equipment or where piping crosses an expansion joint or seismic separation. Virtually all of these traits come with their own seismic risks, Soulages says.

Improperly supported or unbraced piping can fall or sway into adjacent equipment or structures.Joints, connections to equipment, bends, and penetrations are often the source of breaks and leakage, damaging both the piping system and whatever else happens to be nearby.

Another common cause of damage, especially in large industrial complexes, is differential movement between points of attachment, Soulages says. Often, pipelines will span two or more connected buildings that may react differently in a quake. Seismic restraints at the interface of the two buildings should take into account the structural aspects of each building, he says.

Proper seismic detailing for suspended pipes requires both transverse and longitudinal braces, installed at spacing intervals that depending primarily on the level of seismic activity at the building site, location within the building, pipe size and type, and the strength of the connections to the structure.

Longitudinal pipe bracing requires the use of a pipe clamp, riser clamp, welded lug, or other hardware that positively attaches to the pipe to prevent slippage. Friction connections such as U-bolts are no-no’s for longitudinal restraint because they are especially slip-prone.

Many commercial suppliers also offer technical support, design, installation and inspection information, AutoCAD details, and calculation packages. Other emerging computer-based solutions include Virtual Design and Construction (VDC) software and Building Information Models (BIMs). As these 3-D computer models catch on, it will be easier for a wider range of users to coordinate a building’s MEP components with the structural system and other nonstructural components.

For engineering and architectural professionals, many standards exist for pressure piping systems and supports, including provisions of Process Piping (ASME B31.3). For the broader audience of managers and facilities professionals, however, the Federal Emergency Management Agency (FEMA) has recently updated its bible of nonstructural seismic damage: Reducing the Risks of Nonstructural Earthquake Damage—a Practical Guide. Also known as FEMA E-74 and available only online, this definitive resource helps meet the critical need to raise awareness of the risks, consequences, and preventive measures for pressure piping systems.