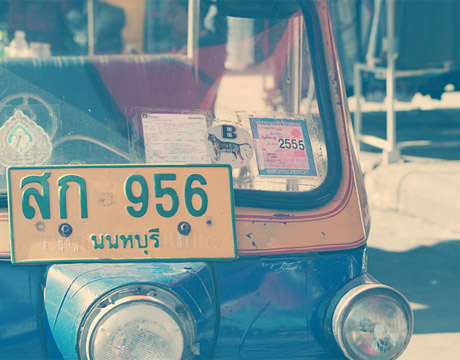 It’s been some 20 years since several American students died in a bus crash while studying abroad in India, a tragedy described as a watershed highlighting that seat belts can save lives on mass transportation as well as cars. It took until 2013 for the U.S. to pass a federal law requiring lap and shoulder seat belts for passengers and drivers on large buses but only on those purchased after 2015.

In a project originally motivated by the crash in India, researchers at the University of Massachusetts (UMass) Amherst College of Engineering have designed a practical and economical seatbelt device that can be retrofitted on existing motor coaches to make travel safer.

UMass students became interested about eight years ago after attending a workshop conducted by Sara’s Wish Foundation, a nonprofit established by the parents of one student who lost her life in India. A key goal of the organization is to create greater awareness about safety in international transportation and travel, especially in student study abroad programs. The UMass team set out to design a portable seat belt for bus passengers so that a traveler could take it anywhere. While the invention was featured in newspaper articles and TV news shows, it never got off the ground.

The difference between what “we could show as an invention and how we could commercialize it” is a common problem, says Sundar Krishnamurty, UMass professor and department head of mechanical and industrial engineering, and site-director of the Center for e-Design. “We couldn’t find the penetrable market or find a viable way for it to become a business entity. No one wanted to take the next step.”

Refinement and testing continued through the early part of this decade, and the passage of the motorcoach seatbelt law breathed new life into the project. Researchers decided to focus on what could be done for existing buses (30,000 in the U.S., or some 80% of those on U.S. roads) that could still legally operate without seatbelt protection.

After meeting with bus companies, it was learned that the companies wanted seatbelts as part of the structure rather than as a portable device for a number of reasons including more reliable anchoring, and it must be affordable as well, meaning it would probably have to be installed without removing and re-installing existing seats. So the team, continuing to be led by Krishnamurty, with different members, went back to the drawing board.

“We have produced a way to tie the person to the structure of the bus now,” he says. The seatbelt, designed to meet federal standards, is tied down to the same structural frame where the seats are now anchored; the portable seat belt didn’t have such an anchoring point. “The new design is structurally a lot safer,” he adds.

The design allows for customization based on the design, condition, and various configurations of motor coach seats. It features a center support typically behind each seat that connects rigidly to the floor via a base plate. That support bears or shares the loads of where the belts are anchored. This maintains the integrity of the existing bus frame structure, according to Krishnamurty.

Earlier estimates of cost per bus for retrofitting buses with seatbelts came in around $40,000, too costly for bus owners. This new design is expected to cost about $10,000-$15,000 per bus to implement. Also this time, the team has some financial support to help commercialize the patent-pending system. The project was recently awarded $50,000 by the National Science Foundation Innovation Corps, a program that aims to prepare engineers to extend their focus beyond the laboratory.

“This design is affordable because it is the only known way to add seat belts to existing motor coaches without replacement of all the seats,” says Krishnamurty. “Furthermore, it will be minimally intrusive and noticeable to passengers. Thus, we can expect many bus owners to be interested in a means to improve the critical safety and comfort of their passengers.”

The research team has partnered with Peter Pan Bus Lines, which began ordering all of its buses with three-point seatbelts ever since they were made available in 2009, but it still has many buses built before then.

“We had been told by some manufacturers that a retrofit of belts on existing seats and floor anchoring was not possible,” according to Michael Sharff, director of planning and development for Peter Pan and general manager of Peter Pan Transportation Services. “[This] is a huge development in advancing safety and security of bus passengers, and I expect great interest in this program by the industry.”

The project has taken much more than engineering skills to make it successful, says Krishnamurty, who has met with a variety of stakeholders including elected and appointed government officials, seat and seatbelt manufacturers as well as bus companies.

“Even though you’re a mechanical engineer, you need to be able to understand the business side and advocacy. What I’m learning is having a design innovation is just a starting point. If you want to make a change in people’s lifestyles, it requires not just a village, probably a town or something even bigger,” he says.

For Further Discussion
It’s a common problem: the difference between what we could show as an invention and how we could commercialize it.Prof. Sundar Krishnamurty, University of Massachusetts