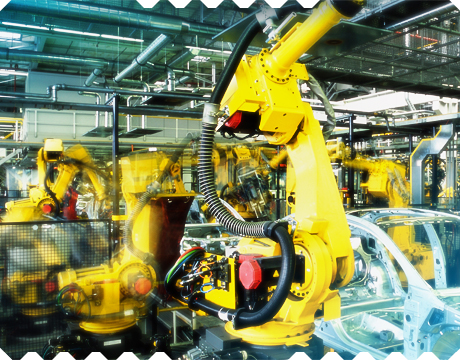 The International Federation of Robotics (IFR) expects new installations of industrial robots to reach 200,000 units in 2014, and grow 12 percent annually between 2015 and 2017. That would boost the world’s industrial robot population to more than 2 million in 2017.

In 2013, the latest year for which the organization has complete data, sales of industrial robots rose 12 percent, to 178,132 units worth $9.5 billion.

IFR’s data comes from projections of its members, the world’s top robot manufacturers. The data include robots, but not peripherals (grippers, welders, cameras, and the like), software, and systems engineering. Those installed costs, typically three to four times the cost of the robot, would bring the total market to $29 billion in 2013.

Automakers still drive the market for industrial robots. In 2013, they purchased 69,400 units, a 4 percent increase from 2012, and accounted for nearly 40 percent of all industrial robot installations.

BMW highlights some of the changes in the industry. The German automaker started by linking groups of robots to programmable linear controllers. As robot controllers grew more powerful, they replaced some PLC functions. This supported larger, more distributed, more flexible, and safer networks of robots.

Today, BMW’s typical installation involves 800 to 1,000 industrial robots handling payloads of 10 to 750 kg. Master production scheduling takes place in the cloud, and the orders are passed down through manufacturing execution systems and 150 PLCs, each one connected to several robots. The resulting system can produce up to six different car derivatives on one line, allowing real-time customization.

Until now, robots were limited to white body applications, the automated welding and joining of auto frame and body components, according to Universal Robots CEO Enrico Iversen. This is because working around high-speed robots is dangerous.

Universal is a pioneer in safer industrial robots that stop quickly when they contact a person. This enables them to work near people without hurting them. BMW and other automakers have begun installing these robots on assembly lines, where they can split such jobs as positioning and joining parts.

The same human-friendly robots can also shuttle work pieces in and out of machines, pack products, run tests, and place pepperoni slices on pizza in assembly lines near people.

Electronic and electrical products are the second largest industrial robot market. Orders rose 11 percent, to 36,200 units, in 2013, about 20 percent of all installations. While many electronic devices are made in low-wage nations, those countries are also rapidly installing robots to achieve the high quality needed to compete in international markets.

According to IFR, China added 50,000 new robots in 2014. It expects installations to rise 25 percent per year and reach roughly 100,000 robots annually in 2017. This will double the number of industrial robots now in China to 400,000. At that point, the number of robots in China will exceed those in Japan, Germany, Korea, and North America.

China combines an enormous manufacturing base with very low robot density. The country currently has about 30 robots per 10,000 employees. Japan and Germany have between 10 and 11 times that density. China may be able to absorb many more robots.

There are many factors, in addition to quality, driving the increased use of robots. Robots have already demonstrated their productivity. As a result, many factories choose to add robots as they retool to use new materials (such as composites) and energy-efficient technologies.

Robots are also growing easier to program and more flexible to use, enabling factories to switch between products rapidly. This is increasing the practicality of robots for smaller manufacturers who cannot afford a dedicated staff to program their systems.

For Further Discussion
Automakers still drive the market for industrial robots. In 2013, they purchased 69,400 units, a 4 percent increase from 2012, and accounted for nearly 40 percent of all industrial robot installations.