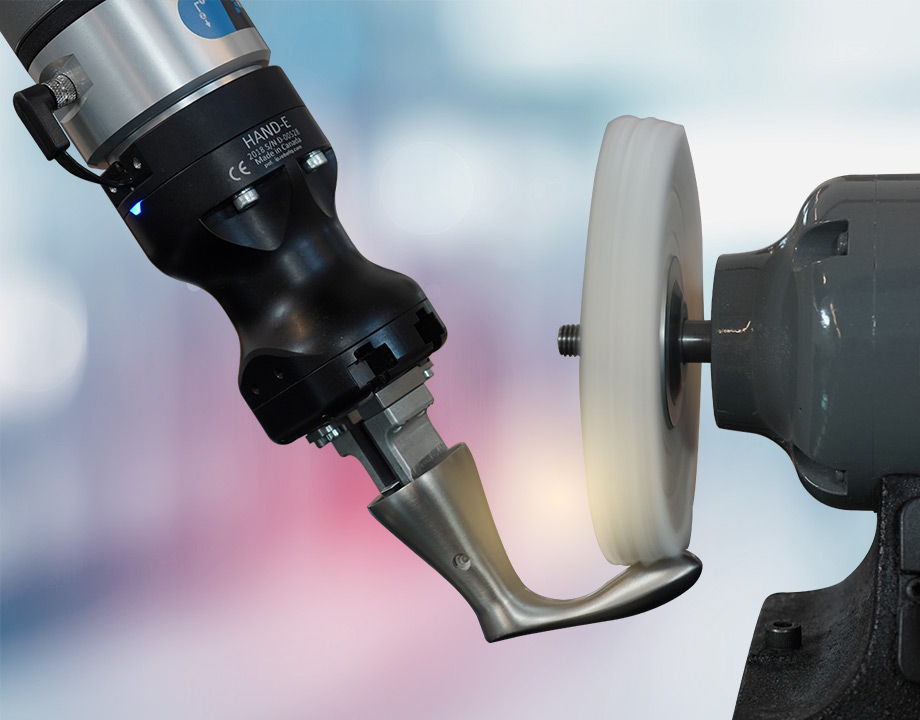 The first time I saw a robot pick unsorted metal parts from a large bin, I was amazed at the speed. Sometimes, it took several minutes—I timed it—to complete the task. The robotic arm with a mounted camera swooped in to identify a part in the pile, calculated the angle of approach, and then...it would move around for a better view and then do the same thing again. And sometimes, again and again.

Today's systems are much faster. But deploying them takes experts and money. While vision systems are by and large autonomous, it still takes hundreds of lines of code to accurately place and orient a part in a machine. This puts robotic bin picking beyond the means of many manufacturers.

A new wave of applications-in-a-box are about to change that. They have everything users need to get their robot up and running—and doing something useful—within hours.

Recommended for You: Seven Big Advances in Soft Robotic Grippers

One startling example is Universal Robots's ActiNav, a bin picking kit that autonomously picks parts from bins and loads them onto drilling, tapping, polishing, grinding, deburring, CNC, and other industrial machinery. 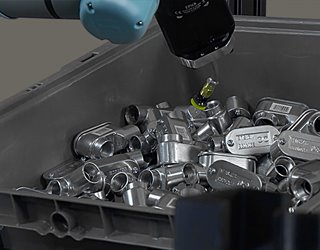 A Universal e-Series robot autonomously removes parts from a box to place them in an oriented position in a machine. Photo: Universal Robots
The kit builds on Universal's e-Series robots. It comes with a Photoneo 3D vision sensor, an autonomous motion module that plugs into the robot controller and interacts with users through the robot's teaching pendant, an alignment marker, and Universal's UR Cap control software, as well as all the cables, screws, and brackets needed to get going.

All users need to add is a frame to support the robot and an application-specific vacuum, magnet, or gripper end effector.

According to Universal product manager Eric Andersen, ActiNav uses an intuitive flow-based system that guides users step by step through setup. Since this is an application-in-a-box, application integration with the robot is a given and many of the steps are boilerplate. In fact, Andersen said, setup takes most users only about two hours.

Training is also simple. First, users teach the robot where it cannot move (surrounding machinery or where a worker might stand) by touching surrounding objects. Then they train the system to pick and place the part.

Watch Related Video: Is 2020 the Year of the Cobot?

"The robot then figures out all the motion to make that happen," Andersen said. "It's just like you would train an operator...You physically attach the part to the end effector, you present it to the scanner, you scan it, and the system remembers the relationship between the end effector and the part. Then you hit play and the robot figures out how pick that part, move through the space, and place that part the same way each time."

The system works best for smaller parts (0.5 in. to 5 in.) in deep bins, which are the most efficient way to move in-process parts in a factory or warehouse.

"For $100,000, you can quickly deploy bin picking with ROI of less than 18 months for a two-shift operation," Andersen said. The system is more reliable than humans, who find it hard to keep attention to repetitive tasks, while ActiNav's high degree of integration reduces deployment risk, he added.

Universal's cobots are sold because they are easy to deploy, and the company's UR+ Solutions ecosystem tries to make that easier by ensuring that more than 200 products developed by partners interface seamlessly with its robots. Many of these are from such well-known industrial robot players as ARC Specialities, ATI, Cognex, Energrid, Millibar, SKF, Schmalz, and Schunk. They all come with mating hardware and software that provides the same user experience as UR's robot control software.

Most robot companies have done something similar. But until recently, this integration took place at the component level. It made it easier to add a gripper, a vision system, a welder, or a specialized motion controller. But it still took time and expertise to use those systems together to perform a specific task.

Applications-in-a-box go one step further. They focus on the task, not the component. ActiNav is one example. Universal also has also teamed with SPATZ for an automated screwdriving system, and with Robotiq for a finishing kit that lets engineers generate sanding trajectories within minutes. 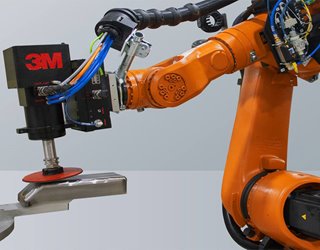 Kuka’s ready2grind system enables its R60 robots to finish complex parts using 3M’s active compliance end effector. Photo: Kuka
Old-line industrial robot makers are getting into the act, too. Kuka, for example, teamed with 3M to offer ready2grind. This grinding system is designed especially for robot-welded parts whose beads do not have too much variation. The kit comes with a Kuka R60 six-axis robot, a preconfigured controller, and 3M's active compliance end effector, which applies consistent force on the weld over a broad range of orientations. Potential applications range from racks and enclosures to trailers and nonsurgical medical devices.

Another system, ready2fasten_micro, is built for high-speed fastening of microscrews used for electronics assembly. This is the type of job typically done overseas because it is so labor-intensive.

Other companies are deploying similar systems, with many more on the way. For companies that want to add automation to their plants and do not have the large product runs (think automobiles) that make them economical, these applications-in-a-box can lower costs, improve reliability, and reduce headcounts without giving up flexibility. They are clearly one way to go.

The industry has come a long way from that slow bin-picking robot I saw years ago. And it is just getting started.