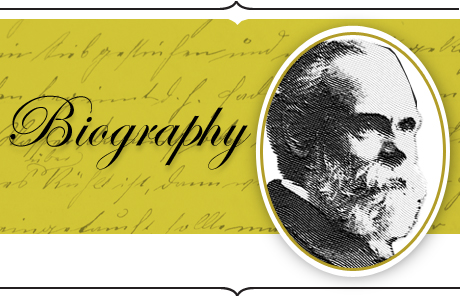 One of the most well-known mechanical engineering professors and educators was Robert Henry Thurston (1839 – 1903). Growing up in Providence, RI, he attended prep school in the early 1840s and worked in the machine shop at his father's steam engine manufacturing company, the first of its kind in the United States. After graduating Brown University with a degree in philosophy and a certificate in engineering, he joined his father's company for a short time. He volunteered to serve in the Navy Engineering Corps during the Civil War and taught after the war at Annapolis.

Taking some time off from teaching, he visited England and wrote articles about iron forging practices there. The articles impressed his editor, the first president of Stevens Institute of Technology, who hired Thurston as a mechanical engineering professor which lead to his creation of a new educational model and curricula for engineers.

At the time, engineering education was very much a "shop culture," where students with farm or mechanical skills learned how to make mechanical machines and components in wood shops, machine shops, and foundries. Thurston wrote articles about new models for engineering education based instead in science and mathematics, and published them widely. He presented his new curriculum to the U.S. State Department, visited Berlin for the 1873 Vienna Exposition where his articles were translated into German, and became the first ASME president in 1883 at age 41.

In 1885 he submitted an entry for his educational models to the Philadelphia Centennial Exhibition, and impressed the panel judge who was the president of Cornell University. He was hired and served 18 years as the first director of Cornell's Sibley College. Thurston created a college of engineering where fewer shop hours were required, transforming engineering study into one with a "classroom culture" with more laboratory testing and scientific principle-based classroom time.

Introducing the novel idea that students should build upon work done in the classroom by testing theories in laboratories, he established the first ever mechanical engineering laboratory, giving first-hand experience combined with applied engineering aspects.

His ideas for engineering education were widely adopted at other universities after the 1900s. Gary Lee Downey, a technological historian, says in his 2007 History and Technology paper, "Thurston was an intellectual and institutional visionary whose creative initiatives made him a strategic agent in the stabilization of engineering formation in schools.As a savvy architect and advocate of school culture, he became an interesting and important figure in the emergence of engineering education in the United States."

Cornell University still has Thurston Avenue as well as a collection of Thurston's model steam engines, his patented "autographic testing machine," and viscosity-measuring instrument. The college of engineering still holds mechanical engineering courses in Thurston Hall and remembers him when traveling on Thurston Avenue on the campus.

Thurston continued issuing publications, reports, and technical articles about steam engines, materials, and other topics, and was considered the country's leading mechanical engineering educator at the time.

Some say his greatest engineering accomplishment was providing the first English translation of the French Carnot Papers "Reflections on the Motive Power of Heat," which established the Second Law of Thermodynamics, and made the papers accessible to audiences in the United States for the first time. Some still consider his translations the best available, providing a valuable link between international engineering and educational communities and the ASME.

Introducing the novel idea that students should build upon work done in the classroom by testing theories in laboratories, he established the first ever mechanical engineering laboratory, giving first-hand experience combined with applied engineering aspects.