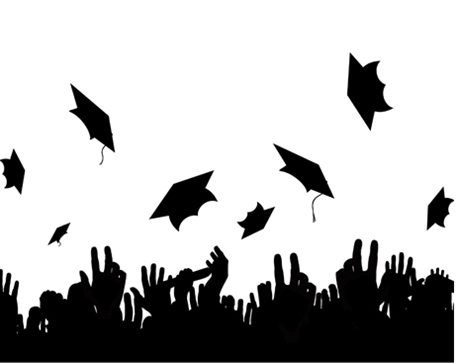 Engineering colleges at the University of Houston and Michigan State University are two schools that have recently been recognized for success in retaining underrepresented minority students in engineering programs.

They are among a number of colleges aiming to improve graduation rates, which in turn will help achieve a more diverse engineering workforce. Although in place for only three years, MSU’s College of Engineering Scholars Program that provides structure and support for students during their first two years is off to a good start. It is believed the result will be a graduation rate 10 to 20 percentage points higher for students in the program.

At the University of Houston’s Cullen College of Engineering, the Program for Mastery in Engineering Studies (PROMES, pronounced “promise”) has been providing freshmen and sophomores guidance for almost 40 years. Students in the program, about 160 to 200 new students each year, account for 20% to 25% of their engineering class andconsistently fare better than others in the initial gatekeeper engineering course in their major. That is the point where many students are lost, just as at many other schools.

Both of these schools were recipients of the 2012 Impact Award from the National Society of Black Engineers and ExxonMobil. The honor comes with $10,000 for their programs.

Program directors have found that frequent and close contact with these students is critical. Both programs are highly structured and have mandatory academic and living and learning elements such as community- and team-building. Both also rely heavily on outside funding particularly from corporate partners that have included BASF Corp., ConocoPhillips, DTE Energy Foundation, ExxonMobil, Marathon Oil, Motorola, Procter & Gamble, Shell, 3M Foundation.

“Our sweet spot is helping students make a transition into a four-year university,” explains Katherine S. Zerda, director of PROMES. “Anyone can join PROMES, but we seek out minority students, women students, and first generation-in-college students because we know they are most at risk.”

Joining is entirely voluntary but once signed up, students must agree to certain attendance and other requirements, including collaborative learning workshops, other extra academic help, and a first-year curriculum that might be different from what they may have chosen. One required course thatZerda teaches is a multi-disciplinary introduction to engineering curriculum that prepares students not only for engineering classes but also covers academic best practices.

“This is a framework where we can be their ‘family’ as well as their academic advisors," she says. “We have our hands all over what they are doing. The students rely on us to write letters of recommendation and help them when they have a nervous breakdown. We are so much in their business that I think that’s why this works so well,” Zerda says.

Theodore Caldwell, director of diversity programs at MSU’s College of Engineering, agrees. “Unless we are intrusively engaged with them, we won’t know if they are dealing with something that will negatively impact their ability to do well until it’s too late,” he says.

Those in MSU’s Scholars program have about 13-15 hours with staff that they wouldn’t normally spend with university personnel, he says. “That time gives us a pulse on where they are academically and socially. We find they often suffer in silence, such as students who can’t afford their books and are going to class without them, but not saying anything.” (The diversity program makes sure they get what they need.)

MSU’s efforts started in 2007 with a six-week “bridge” program in the summer for entering freshman, but found it just wasn’t enough. So two years later, the Scholars program was introduced. The program accepts 20 students whose records indicate they wouldn’t normally make it in engineering, typically those who place well below the first calculus level in testing.

“We are taking the high-risk, high-reward route,” says Caldwell. Because of the good results, he hopes to expand the program to 100 students if he can obtain additional funding.

Like at the University of Houston, the students become their own community. They reside in the same residence, meet with staff regularly, participate in study groups, and learn about good general academic practices.

“That’s where we struggle. Once our students are in the engineering school, our graduation rate is no less than 82 percent over the last 15 years. Our need area is that first two to three years when they are working on getting admitted to the college and that’s where we focus all of our energy,” said Caldwell.