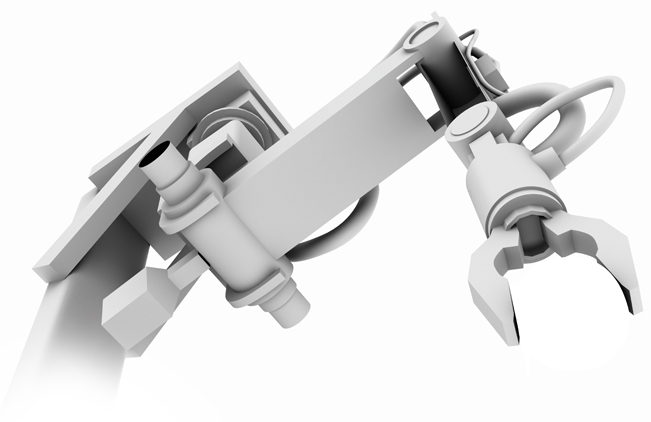 After a natural disaster, the most effective humanitarian aid can sometimes come from an unlikely source: a heartless machine.

That’s the situation in the Japanese post-earthquake/tsunami recovery effort, where some of the most able helping “hands” will, in fact, belong to robots.

Deployed in disasters from 9/11 to Hurricane Katrina, today’s battle-hardened generation of search-and-rescue robots stand ready for life-saving jobs too dangerous for human search and rescue teams. What they lack in empathy and compassion, these machines more than make up for in versatility and endurance in hazardous situations like those found in Japan today.

“Land, sea, and aerial robots will be essential to a speedy Japanese recovery – of both victims and the nation’s economy,” said Robin Murphy, director of Texas A&M University’s Center for Robot-Assisted Search and Rescue (CRASAR).

CRASAR’s Rapid Response Team makes its expertise and its cache of robots available to official relief efforts at no cost. CRASAR members oversaw the world’s first documented use of rescue robots immediately following the World Trade Center terrorist attacks in 2001. Since then, the organization has been at the forefront of this emerging field. They are currently on standby, expecting a formal invitation to participate as the nuclear situation stabilizes.

Murphy said the biggest initial needs will likely be for:

“The majority of the missing and presumed dead are expected to be underwater, requiring an unprecedented use by fire departments of manual divers operating under high personal risk,” Murphy said. “They’ll be working in freezing, highly turbid, debris-filled water where they can see only a meter or so and must conduct most of their work by touch.”

Marine robots are available that are easy to move in and out of the water and are equipped with sonar systems that can perform in turbid water. These miniature “boats” proved their usefulness after hurricanes Wilma and Ike, she said, and could be very useful in Japan.

“There is considerable interest in robots for recovery, especially inspecting port and underwater infrastructure such as bridge footings, seawalls, shipping lanes, and pipelines. There aren’t enough manual divers to handle this in a safe, timely manner,” Murphy said.

Murphy cited a few notable deployments of robots reported in and around the Fukushima nuclear plant. Tele-operated firefighting robots were used during the early response, and monitoring robots were standing by for duty to measure radiation levels, capture 3-D video, and gauge temperature and humidity.

Although Japan leads the world in robot manufacturing, some have said the nation has been slow to use the technologies in the current crisis, particularly in the nuclear response.

Sensing performance is probably the biggest barrier. “Often robots don’t carry useful payloads. For example, a camera for driving the robot may not have the resolution or the range of pan-tilt-zoom motion to give structural or nuclear engineers enough visual information to base decisions on,” she said. Cameras and laser lenses are also vulnerable to the types of conditions liable to await them in Japan. “Think about the water and muck that robots will have to roll through – it gets on the camera and laser lens, effectively stopping the robot. We need self-cleaning cameras.”

Although robots don’t require a formal “Arigato,” the people of Japan will no doubt have many reasons to be grateful for this amazing technology in this challenging time.

For breaking news on the use of rescue robotics in Japan, visit the Center for Robot-Assisted Search and Rescue website: http://crasar.org/

Think about the water and muck that robots will have to roll through – it gets on the camera and laser lens, effectively stopping the robot. We need self-cleaning cameras.”Robin Murphy, Director, Robot-Assisted Search and Rescue (CRASAR), Texas A&M University