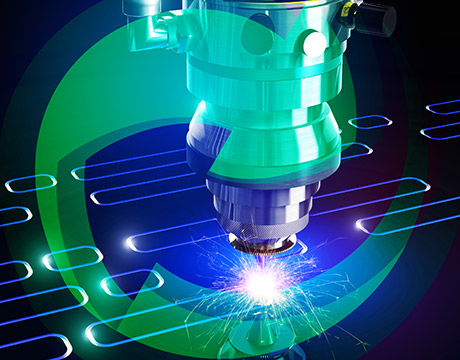 A 13th institute is the newest addition to the U.S. Department of Energy’s (DOE) five-year-old Manufacturing USA program whose goal is to improve U.S. manufacturing competitiveness by developing innovative advanced manufacturing technologies while also incorporating energy-reduction and sustainability principles.

The newest institute, Reducing Embodied-Energy and Decreasing Emissions (REMADE for short), is focused on key industrial platform technologies that will dramatically reduce energy consumption and carbon emissions associated with industrial-scale materials production. According to DOE, REMADE could reduce energy usage in the U.S. manufacturing sector by up to 6%, saving billions in energy costs.

Led by the Rochester Institute of Technology’s Golisano Institute for Sustainability, REMADE has approximately $140 million in funding over five years from the federal government and private commitments. Operating under DOE’s Office of Energy Efficiency and Renewable Energy’s Advanced Manufacturing Office, the consortium brings together more than 100 entities, including national labs, leading universities, companies, industry trade associations, and foundations as partners to bridge the gap between research and deployment.

Overall, REMADE will aim to drive down the cost of technologies for reusing, recycling, and remanufacturing of materials such as metals, fibers, polymers, and electronic waste and aims to achieve a 50% improvement in overall energy efficiency by 2027. The consortium will do this in part by developing advanced manufacturing technologies for reducing embodied energy, the sum of all the energy required to produce any goods.

Michael G. Thurston, research faculty and technical director, RIT’s Sustainability Institute, said the technical role of his area in the project is primarily focused on the remanufacturing side, which involves product design, design for disassembly in particular, and design for the lifecycle.

In recent years, there has been increased emphasis on having original equipment manufacturers design multiple lifecycles into their products so that products last longer, Thurston said. Although that requires remanufacturing some parts, it brings with it the benefit of taking advantage of the initial material and process investments. “Generally, your margins are better in remanufacturing because there is less effort and less material costs than with manufacturing new,” he said. “The traditional linear production process is you manufacture, the customer gets the product, they use it through one lifecycle, then they throw it away.”

The platform for automotive or industrial equipment, such as mining equipment, may be designed to have anywhere from a 10- to 50-year lifecycle, but components within the platform may not last that long. Caterpillar probably does more remanufacturing of its equipment than any other company in the world, Thurston said. In a mining truck, the engines won’t last as long as the rest of the platform so instead of building an entirely new truck, the company reconditions the engine when it no longer meets reliability and performance requirements, he said. That reduces lifecycle energy consumption considerably.

For the automotive industry, some estimates are that the energy it takes to make a car is somewhere between one-quarter and one-third of all of the energy the car uses over its whole lifetime including the gasoline that is needed, said Eric Hittinger, an engineer and RIT professor specializing in public policy. “To work on fuel efficiency is great. That works on the larger share of the car’s energy use, but if you’re ignoring the quarter or third of the energy required to make the car in the first place, then you are missing some potential energy savings,” he said.

In remanufacturing, one of the first decisions that should be made for each product is to determine strategy, according to Thurston. “If you are optimizing a product for a single lifecycle, you may design in less robustness than if designing a product and component within a product for multiple lifecycles,” he said. Factors that come into play include economics and market competitiveness.

DOE has recognized that the cost of remanufacturing must be reduced to encourage the market to use less primary material and more secondary material. “That means how can we restore products to like new condition more cost effectively than is done today,” Thurston said, taking into consideration both design and the manufacturing process. “If we design products that can be taken apart and reconditioned more cost effectively, that makes remanufacturing more competitive.”

On the process side, an example of a big challenge with automotive or any heavy duty component is cleaning because of the high cost, one of the higher within remanufacturing. After use, components are often rusty, oily, and very dirty so one of the first core processes in remanufacturing is cleaning all the contamination. “By reducing that cost, we can improve the overall economics. So cleaning technology is one of the technologies that the institute plans to look at,” Thurston said.

The money will go a long way to help research progress faster than in the past and also encourage researchers to work together and build on each other’s advancements. Most of the participants in REMADE have been working in these technology areas for years, but there hasn’t been much funding, particularly for remanufacturing.

“We believe the investment will accelerate technology development and technology adoption,” Thurston said. “It also provides a mechanism to bring everyone together, and with a combined capability you will get more than if everybody is working separately in their own little silo.”