When Nancy D. Fitzroy was studying at Rensselaer Polytechnic Institute in the 1940s, RPI saw little need for female restroom accommodations, so small was the number of women science and engineering students enrolled there. “I had to use the men’s room,” recalled Fitzroy in a 1998 oral history. “The guys would stand guard outside the door while I was in there.”

Undeterred by the inconveniencies and challenges of preparing for an engineering career in a male-dominated environment, Fitzroy would graduate from Rensselaer in 1949, before joining General Electric in Schenectady, NY. GE’s engineering ranks, like those at the majority of technology firms in the 1950s and ensuing years, was staffed mostly by men, requiring Fitzroy, particularly in her early years at the company, to overcome a variety of obstacles, hardships, and even some prejudices.

Unfazed, Fitzroy would proceed to carve out a successful 37-year career at GE, working on research programs focused on heat transfer and fluid flow in gas turbines, nuclear reactors, space vehicles, and other systems. When Fitzroy became president of ASME in 1986, she pushed forward an agenda focused on steering more women and other underrepresented minorities into the profession and advancing their opportunities for career enrichment and advancement. Among other initiatives, Fitzroy was a leading influence in the creation of the ASME Board on Minorities and Women in Engineering. She was the first American woman to head a major engineering society. 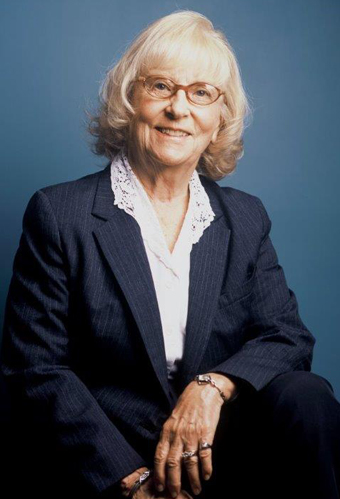 Fitzroy was a crusader for engineering workforce diversity at a time when women had limited access to engineering programs. Opinions on reasons for the underrepresentation of women in engineering vary. Some theories point to the era of the American homestead, when male owners of blacksmith and leather tanning shops took on their sons as apprentices, teaching skills to sustain the livelihood of families. This trend became generational, with access to women blocked.

The trend continued in the ensuing years, though there were a few women engineering groundbreakers in the eighteenth and nineteenth centuries. Ellen Swallow Richards in 1873 became the first American woman to earn a degree in chemistry from Massachusetts Institute of Technology before going on to make contributions in the field of water sanitation. Lillian Gilbreth, just a baby when ASME was founded in 1880, is credited with several firsts – the first female professor of engineering at Purdue University, the first woman elected to the National Academy of Engineering, and the first female recipient of the Hoover Medal for distinguished public service by an engineer.

Recent analysis of gender inequality in the profession has focused on perceptions on the part of women that engineering is the professional domain of men, and that males possess a stronger aptitude to handle the requisite training in math and science. A study by the American Sociological Association reveals that women often think of engineering as a gender-specific career and believe that society will see it the same way. And so as more and more women entered the general workforce in the last 25 years, most have shunned engineering and gravitated to other fields considered women-friendly, like law and medicine.

When Fitzroy was ASME president, women comprised four percent of the engineering workforce. Today it’s 13 percent – a marked improvement, however, short of diversity goals established by STEM leaders, who maintain that diversity in the workplace contributes to product innovation, global competence, and other successful corporate outcomes.

Fitzroy, a fellow of ASME, was an early advocate of engineering workforce diversity, and her tireless efforts to promote the role of women and minorities in technology influenced other ASME presidents. Susan H. Skemp and Victoria Rockwell – along with a few male ASME presidents, notably Robert Nickell and Sam Zamrick – were spokespersons for diversity. Madiha El Mehelmy Kotb, ASME’s fourth woman president, is currently in office.