Part 1 of “Print’s Indelible Mark” introduced some of the earliest advances in printing. Here are a few more that, in their own ways, influenced future printing technologies.

The Paige Compositor, developed between 1872 and 1888 by inventor James W. Paige, was one of several mechanized typesetting machines vying in the race eventually won by Mergenthaler’s Linotype machine. The Paige incorporated a mechanical arm to replace the human typesetter’s skilled hand. However, the complex device required constant adjustments to compensate for its lack of precision, and customers balked. Whatever its mechanical innovations may have been, the Paige is primarily remembered today as a contributing factor in iconic American author Mark Twain’s creative and financial downfall.

A former printer himself, Twain was captivated by the Paige’s promise of fast, foolproof typesetting and laid everything he had on the line to help commercialize it. He championed the device and backed its development with most of his fortune – as much as $6 million in today’s dollars – only to be wiped out when the company folded. Twain moved his family to Europe and spent more time on the lucrative lecture circuit than on writing. Ultimately only two Paige compositors were manufactured, one of which was recycled for scrap metal during World War II and the other of which is displayed at the Mark Twain House in Hartford, CT.

For You: How Artificial Intelligence Transforms Manufacturing 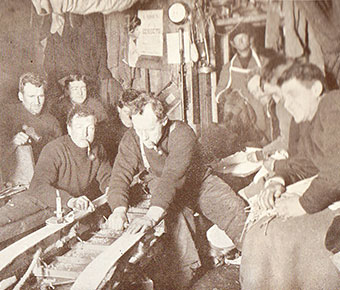 Marshall McLuhan classifies print as a hot medium. But tell that to the authors of “Aurora Australis,” the first book published in Antarctica. Written, illustrated, printed and bound by the crew of Ernest Shackleton’s Nimrod expedition, the book was a make-work project to help the men fend off “polar ennui” while hunkered in over the long, totally dark winter of 1908 at Cape RoydsonRoss Islandin theMcMurdo Sound. Working in a crowded hut heated with a coal-seal blubber mixture, the crew braved the brutal elements and typical temperatures of minus 72 degrees F to compile 120 pages of articles, fiction, poems, lithographs, and etchings of their adventures. The finished book was bound between covers of venesta, an oak/chestnut wood composite reclaimed from storage boxes brought on the expedition.

No mechanical printing technology has endured more derision than the Chinese typewriter. To the Western mind, the very idea is absurd. Pop culture icons from Lisa Simpson to M.C. Hammer have lampooned the notion that a mere machine could reproduce a language built on a complex system of symbols. However, before they were superseded by digital technology, Chinese typewriters were a real thing. 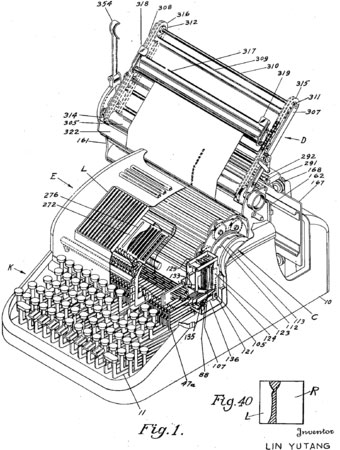 A hefty, mechanically bewildering thing, perhaps, but a thing nonetheless with a degree of sophistication that may have inspired today’s smart phones. In 1916, Shanghai-based mechanical engineer Hou-Kun Chow developed what is considered the first Chinese typewriter, a 40-pound hulk with 4,000 characters arranged on a revolving cylinder. While a student at MIT, Chow became interested in American typewriters and grew determined to develop a practical version for use by Chinese businesses. Thirty years later, Lin Yutang obtained a U.S. patent for the Ming Kwai typewriter, a multilingual electromechanical model more or less the same size as a conventional office typewriter of the time. The device was equipped with six character-containing rollers, which could be used one or two at a time to produce a total of 90,000 distinct characters. Placement of character radicals and partial characters was based on Lin’s novel system of categorization. Although a prototype was produced, the typewriter was never commercialized.

Typewriters in China were uncommon, usually restricted to institutional use by a government concerned about the spread of information. Many were ultimately destroyed during the Cultural Revolution. Most commercial models incorporated a tray of about 2,500 frequently used characters organized in a grid. A selector lever was used to pick out the correct symbol. Once activated, the typewriter mechanism performed a five-step process of selecting, inking, typing, and replacing the character. Many common characters could only be reproduced using multiple keystrokes, complicating the already daunting task of organizing the character grid to facilitate faster typing speeds. Engineers’ efforts to develop a logic for character location based on usage are believed by some collectors to have influenced modern smartphone features such as predictive text and autocomplete.