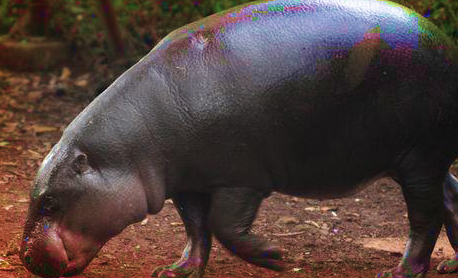 A weightless, infinitely strong tank of no cost is the dream of any company needing to find some way to store whatever it might be that they need compressed. Though this platonic ideal may remain philosophically beyond our grasp, the folks at Composite Technology Development (CTD) have made great strides in that direction with their Kiboko pressure vessels.

The history of pressure vessel types has been one of gradual lightening toward that ideal. From the type I propane anvils attached to every backyard grill to the type IV tanks holding the hydrogen for fuel cell-powered cars, pressure vessel manufacturers attempt to make the lightest vessels their customers can afford. To do so, they have tried to limit the amount of metal in their products, adding composite materials to the cylinder for type II, wrapping an aluminum liner with composite plies for type III, and further reducing the presence of metal by using a composite-wrapped plastic liner for type IV vessels.

The engineers at CTD decided to do away with the liner altogether. Their tanks, which they call type V, are made of a composite wrapped around some tooling, which is subsequently removed. What gives the vessel its strength is the resin that holds the carbon fiber together. CTD put their money, and time, into making a microcrack-resistant resin. With other composite-made vessels, the resin is just what holds together the fibers. Usually it’s the first mode of failure, forming microcracks that can cause leakage. “We don’t get any cracking in our resin until the fibers fail,” says Mike Tupper, CTD’s executive vice president. “We designed the tanks for maximum performance of fibers and don’t have to worry about the resin failing.” The founder of the company, a Kenyan, named the vessels Koboko, which is Swahili for hippopotamus. “A hippopotamus looks like a tank and has very tough skin,” explains Tupper.

The result is a product ideal for any application in which low weight is paramount. For their self-contained breathing apparatuses, firemen currently use type III vessels that weigh between six and a half and seven and a half pounds. A type V SCBA would weigh between five and a half and six pounds. “A fireman going into a fire is carrying 75 pounds of gear,” says Tupper. “So with every pound you cut, you can literally save lives.”

The production of type IV vessels is something of an art form, with a failure rate of between five and ten percent, often prohibitively high for anyone needing a large vessel. Manufacturing the Koboko, however, will eventually be a much more regular affair, and Tupper says the cost of making them will keep them competitive.

But the competition they’re really after is the space race. CTD had a background in making cryogenic electrical insulation for superconducting magnets and they used the same materials with the Koboko to make cryogenic tanks. The combination of light weight and cold resistance makes them ideal for aerospace applications. Several years ago, the University of Texas was working on an Air Force-funded nanosatellite when the pressure vessel they were using failed. They contacted Tupper asking if he could build a replacement. The trick was that they needed a qualified tank in six weeks. The engineers at CTD, who had never designed a tank for that particular size and purpose, worked day and night. They built and tested 21 tanks and were able to deliver four on time. “It’s maybe not the most cost-effective tank, but we were successful. We did it,” says Tupper.

That nanosatellite, Fastrac, launched this November, making the argon-carrying Koboko the first linerless composite tank to fly in space. “We’re very grateful,” says Tupper. “They had our logo facing out.”

The founder of the company, a Kenyan, named the vessels Koboko, which is Swahili for hippopotamus. A hippopotamus looks like a tank and has very tough skin. Mike Tupper, CTD