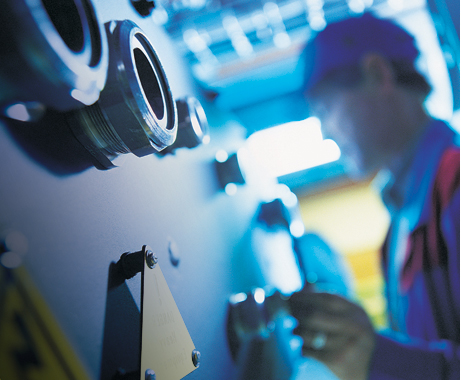 How important is ensuring pressure vessel safety? Going by its definition, it is actually very important as the vessel, which comes in the shape of a closed container, is designed to hold gases or liquids at a pressure substantially different from the ambient pressure. If it doesn't, the consequences can be fatal.

Holding pressure in check has been a monumental challenge since its application began over 300 years ago. This is because the pressure differential is dangerous and many fatal accidents have occurred in the history of pressure vessel development and operation. This explains why its design, manufacture, and operation are regulated by engineering authorities backed by legislation.

Since its invention during the industrial revolution in Great Britain, where it was used primarily in the form of boilers for making steam to power steam engines, pressure vessels played a critical role in minimizing the risks of fatal explosions.

"It's fundamental to many modern industries that use pressure vessels in such process industries as food and energy," says Douglas Chapin of MPR Associates, Alexandria, VA. He was a keynote speaker at the ASME-sponsored PVP annual conference in 2011.

One key area where pressure vessels are critically important is in oil refineries where PVs are often pushed to their design limits as refiners try to maximize utilization and production of products like gasoline and diesel.

In refineries, pressure vessels are employed in many different services, including storing feed and products as well as reactors, separators, and fractionation towers to name a few.

Here, technology and online inspection techniques are often used to ensure that this equipment does not shut down or fail prematurely.

"Online inspection is critically important to the safe operation of the pressure vessels not only for the refinery but for the surrounding community," says A. J. Warner, a senior engineer, who works for a refinery plant in Texas.

A key technique widely utilized is ultrasonic testing to determine the thickness of the metal. This is done regularly on key equipment and vital areas to monitor the metal thickness on a regular basis. Once the thickness reaches a level known as the minimum thickness, action must be taken to prevent a release of the contents. Other methods to monitor the health of pressure vessels include properly designed and maintained pressure relief valves and installation of corrosion coupons and sentinel holes.

"Pressure vessel design and technology can be important to us all on a personal level," says Warner. "Consider, for example, that a key Gulf coast refinery develops a serious problem in a pressure vessel. This will likely cause a shutdown of that unit, lasting anywhere from one day to several weeks or longer. This causes a disruption or shortage in the supply of gasoline to the market, which will drive up the cost at the pump. Therefore, it is in the best interest of everyone that pressure vessel technology remains a key focus area for the refining industry and beyond."

Pressure vessels are designed to operate safely at a specific pressure and temperature, technically referred to as the "design pressure" and "design temperature." A vessel that is inadequately designed to handle a high pressure constitutes a very significant safety hazard. Because of that, the design and certification of pressure vessels is governed by design codes such as the ASME BOILER and Pressure Vessel Code in North America, the Pressure Equipment Directive of the EU (PED), Japanese Industrial Standard (JIS), CSA B51 in Canada, Australian Standards in Australia and other international standards like Lloyd's, Germanischer Lloyd, Det Norske Ventas, Société Générale de Surveillance (SGS S.A.).

Pressure vessels can be almost any shape, but shapes made of sections of spheres, cylinders, and cones are usually employed. A common design is a cylinder with endcaps called heads. Head shapes are most oftenround/circular or shaped like a dish. More complicated shapes have been more difficult to analyze for safe operation and are usually far more difficult to construct.

Holding pressure in check has been a monumental challenge since its application began over 300 years ago.