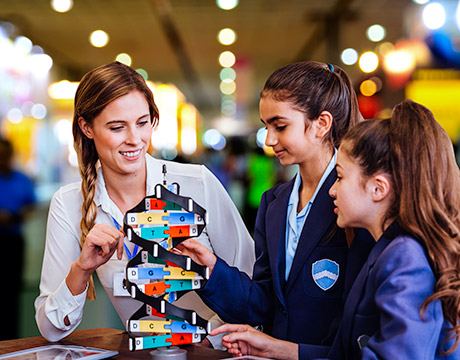 How to Prepare for a Science Fair

A little table-top real estate, a good idea, and a young, enthusiastic student who’s ready to share. The science fair, along with its main components, has been a mainstay for decades, sometimes one of the few means of encouragement for an engineering hopeful. But where does the fair stand today, how does it help students, and what’s the best way to prepare for one?

Engineering has been such an emphasis at science fairs that many share the name in the title. Brenda Mann, director of the University of Utah Science and Engineering Fair, a regional fair for students in 5th through 12th grades that’s held each March, believes in fostering an environment of discovery and encouragement, not just winning first place.

Yes, we should think about what it can do for them but we shouldn’t miss out on just the wonder of sharing ideas. Brenda Mann, director, University of Utah Science and Engineering Fair

“It gives them hands-on experience,” she says. “In many schools, engineering doesn’t get focused on that much, but science fairs seem to hit on it, even if the kids at first don’t understand that’s what it is. They want to find out how something works and improve upon it. They may think of it as just tinkering, but we think of it as a chance to grow the skill of problem-solving.” 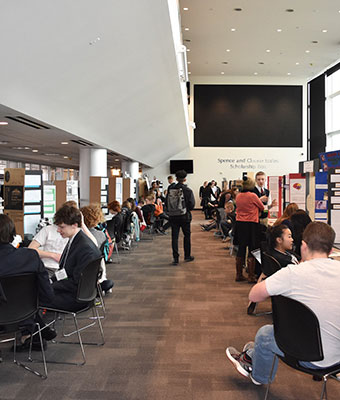 In today’s working world, where collaborative, presentation, and communications skills are highly prized, Mann sees the fair as an early opportunity to hone those skills.

“We encourage the ability to do it on two levels: for the industry person to understand but also that a non-industry person could,” she says. “It has to be that they don’t get so caught up in the work that they forget to focus on how to communicate it.”

For You: Read How Experiential Learning and Cooperative Education Pay Off

For people who want to start their own engineering fair, Mann suggests first talking to parents, teachers, and engineers to gauge its feasibility. If it is feasible, allow enough time to correct any problems that could arise before and during the event, she says.

Fairs are also often a great chance to connect students with mentors. The University of Utah Science and Engineering Fair has paired up many students with engineers, who have helped students follow a career path in the field.

“A student ended up in [an internship] just because the judge liked their project,” she says. “They didn’t win. But this person saw something in them. That can sometimes be all it takes.”

Another participant went on to work on a project for NASA after an administration representative noticed her work at the fair. About 50 companies, including high-profile employers like Dell, Boeing and Adobe, attend the University of Utah Science and Engineering.

At the time of writing, the Fair is only eight days away and Mann’s nerves grow as it nears. “Not just for the students, but for all of us,” she says. “You get excited for the amazing things they’re going to show us. It’s what makes this so fun. Yes, we should think about what it can do for them but we shouldn’t miss out on just the wonder of sharing ideas. The part of the Fair that is often rated the highest by students is just being able to spend time talking to the judges. They’ve been waiting to share what they’ve learned, and are proud of what they’ve accomplished.”