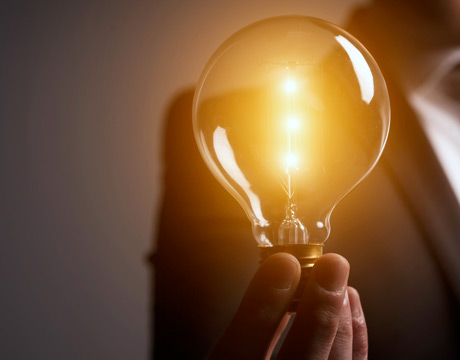 Power from a Second Skin

It’s an undulating, bending, twisting, world out there. Winds blow, leaves rustle, waters rise and fall; bodies run, jump, and reach; hearts beat; and lungs swell and deflate. Every movement, no matter how small, is a potential source of power.

But just how do we access that power? And once accessed, how do we put that power to everyday use.

“To harvest energy from daily life—walking talking, human motion—the efficiency of electromagnetic generation is very low. It cannot do it,” says Zhong Lin Wang, a professor of materials science and engineering at Georgia Tech.

In short, two layers of elastomer sandwich a hydrogel, which acts as the electrode. A triboelectric charge builds up on the outer layers and creates a current when it leaps from one side to the other.

“The gel itself has been around, but has never been used for this purpose,” Wang says.

With the hydrogel, the elastomer’s elasticity isn’t compromised and the material can stretch nearly 400 percent. It’s also transparent. Sheets of the material can be worn on the skin, integrated with any kind of clothing, or coat anything that moves.

“You can light up an array of LED lights, drive a smart watch, or send wireless communications,” Wang says. “Charging a cell phone would need substantial human activity, but in principal you can.”

But allowing humans to power their own gadgets as they perform daily activities is only one of the STENG’S benefits. It can also be used as a medical sensor, which can transfer data over bluetooth. But it has applications well beyond the human as well. Robots can also benefit from the material’s sensing abilities. Currently, most robotic hands apply the same amount of pressure to whatever they might pick up. An egg gets as much squeeze as a brick, to the detriment of the egg. But with STENG on its fingers, robots can measure how much pressure they are applying to an object and automatically adjust to the appropriate level.

Farmers hoping to study the humidity distribution over their fields could make a flag with the STENG. Powered by the wind, it could detect humidity levels and wirelessly send along the information. And in the expanding world of the Internet of Things, those things will be able to better power themselves, sense their surroundings and communicate.

The coating may eventually become an efficient alternative to the windmill. Today’s windmills are massive affairs, in both size and cost. And they turn only in strong winds. The giant blades are unmoved by gentle breezes that pass over them, their potential as a source of power gone to waste. But with a giant tree with thousands of rustling and waving STENG coated leaves, we could profit from the slightest of winds.

Wang and his team are currently working on ways to make their skin more robust and energetically profitable. “We can work for ten million cycles without degradation,” Wang says. “For humans that’s long enough.”

Treesand robots might need stronger stuff. But while there may be obvious room for improvement, STENG is already on its way to real applications. The technology, medical, and automotive industries are already talking to Wang. He says in a matter of two to three years, products could be using STENG.

Texting while walking may still make you collision prone, but at least the latter will soon power the former.

You can light up an array of LED lights, drive a smart watch, or send wireless communications. Charging a cell phone would need substantial human activity, but in principal you can. Prof. Zhong Lin Wang, Georgia Tech