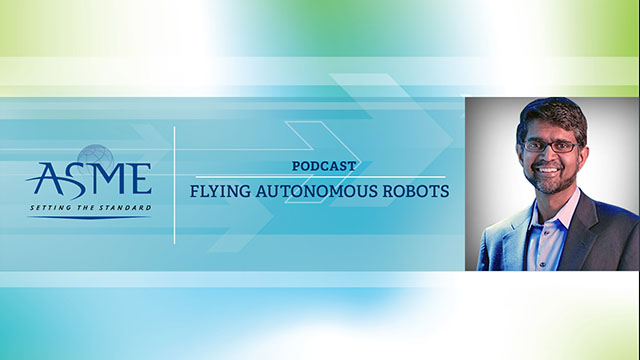 University of Pennsylvania's nano-quadrotors have been seen constructing a tower and also playing musical instruments in the lab. Dr. Vijay Kumar, UPS Foundation Professor and the Deputy Dean for Education in the School of Engineering and Applied Science at UPenn, talks about real-world applications of these autonomous flying robots such as taking part in search and rescue missions. Dr. Kumar recently presented the quadrotors at the TED conference.

Dr. Kumar received his Ph.D. in mechanical engineering from The Ohio State University in 1987 and has been on Penn Faculty since 1987. He served as the Deputy Dean for Research in the School of Engineering and Applied Science from 2000 - 2004 and directed the GRASP Laboratory, a multidisciplinary robotics and perception laboratory, from 1998 - 2004.

Dr. Kumar is a Fellow of the ASME and the IEEE. He is the recipient of the 1991 National Science Foundation Presidential Young Investigator award, the Lindback Award for Distinguished Teaching, and the 1997 Freudenstein Award for significant accomplishments in mechanisms and robotics.